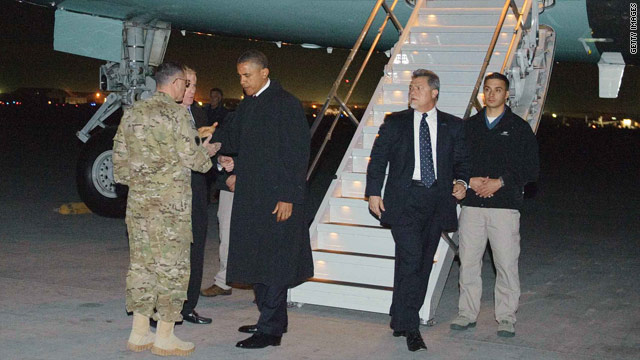 In Afghanistan, Obama pledges cooperation, vows to 'finish the job'

Kabul, Afghanistan (CNN) - President Barack Obama, speaking early Wednesday in Afghanistan at the tail end of a surprise visit there, discussed how the war will end and promised a steady drawdown of U.S. troops.

Obama committed to pulling 23,000 troops out of the country by the end of summer and sticking to the 2014 deadline to turn security fully over to the Afghan government. He said that NATO will set a goal this month for Afghan forces to be in the lead for combat operations next year.