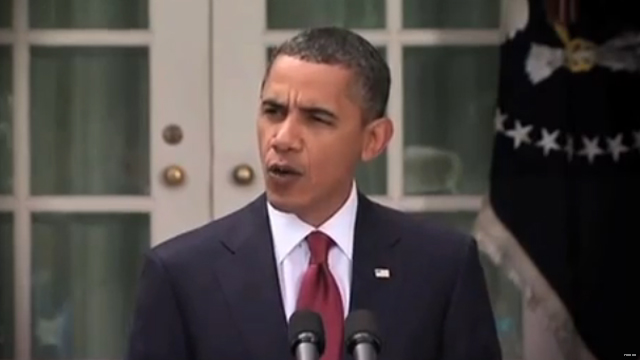 (CNN) – President Barack Obama has made his way into the contentious Massachusetts Senate race with Democrat Elizabeth Warren highlighting her ties to the president and Republican Sen. Scott Brown using a recent White House bill signing to prove his bipartisan streak.

A speech the president delivered in support of Warren anchors a new Warren television ad, in which he praises her as "one of the country's fiercest advocates for the middle class."

"She came up with an idea for a new independent agency that would have one simple overriding mission: Standing up for consumers and middle class families," Obama said during a speech at the White House that is played in the commercial.

Warren, a Harvard Law professor, helped establish the Consumer Financial Protection Bureau under the Obama administration before returning to Massachusetts full-time to explore a Senate run.

Warren's words conclude the 30-second ad, during which she says her White House work proves "We can take on the big guys and win." The spot is scheduled to run statewide, according to her campaign.

The release coincides with a speech incumbent Sen. Brown is scheduled to make Wednesday in Boston to address the importance of bipartisanship, according to his office.

Brown, who won a special election in early 2010 following the death of longtime Democratic Sen. Ted Kennedy, started airing a radio ad Tuesday with a similar message. It pointed specifically to Senate legislation he introduced that was eventually signed by the president.

"A bill I introduced to give a tax credit to businesses that hire veterans was passed with bipartisan support," Brown said in the spot.

"Standing with President Obama on the day he signed it into law was another one of those great experiences," he added after outlining his service in the National Guard. "Whatever else may separate us, we are Americans first. To me, that means we need to work together now."

The two high profile rivals have raised millions in their bids to capture the Senate seat ahead of the general election.

The candidate's finances recently landed at the center of the race in the typically blue state. Brown and Warren released years of their tax returns on Friday. The incumbent senator has pointed to Warren's personal wealth in an effort to protect his image as a pick-up truck driving everyman. Warren is marketing herself as a champion of the middle class, pushing back against GOP criticism that her wealth makes her an unsuitable voice for the average Massachusetts voter.