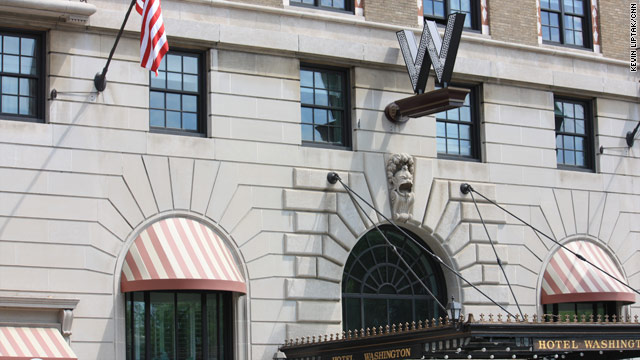 Obama to bring in $2 million in Wednesday fundraisers

(CNN) – President Barack Obama, fresh off a surprise trip to Afghanistan, will attend two fundraisers in Washington Wednesday that will raise major cash for the president's re-election effort.

The two fundraisers will both be held at the W Hotel, a frequent Obama fundraiser location situated around the corner from the White House. Twenty-five supporters will be at each event, and tickets went for $40,000 per person, according to an Obama re-election campaign official.

That amounts to $2 million raised for the Obama Victory Fund, a joint fundraising committee of the president's re-election campaign, the Democratic National Committee, and several state Democratic parties.

In April Obama's reelection team filed fundraising records with the Federal Election Commission showing they, combined with the DNC, had raised $53 million in March, an increase of $8 million from the month before.

In total, Obama's team has just over $104 million cash on hand, a ten-to-one advantage over likely GOP nominee Mitt Romney.

All together, Obama's campaign and the Obama Victory Fund have raised a combined $291 million through March 30.