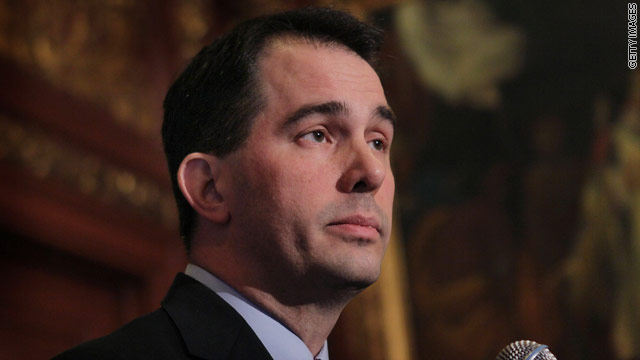 If Barrett becomes the Democratic nominee, the poll indicates he narrowly edges Walker among registered voters by one percentage point, with 47% to Walker's 46%.

Among likely voters, however, the results flip and Walker pulls ahead by one percentage point with 48% to Barrett's 47%, according to the poll. Both margins fall well within the sampling error.

Should Falk win the Democratic primary, she would find herself trailing against Walker, the poll shows. The Wisconsin governor, according to the survey, takes 49%, compared to Falk with 43% among likely voters.

Democrats, largely backed by labor unions, launched a recall challenge against Walker after he sided with a February 2011 bill that cut most collective bargaining rights for state employees.

The race has largely consumed Wisconsin politics and airwaves in recent months, as national groups and public figures weigh in on the contest. GOP star and New Jersey Gov. Chris Christie traveled to the state on Tuesday to offer his support for Walker at two public events.

The poll also measures the political climate for the presidential election in November. While Obama won Wisconsin in 2008 by a wide margin over Sen. John McCain, the Badger State is expected to be a battleground state in the fall due to Republican gains in the 2010 midterm elections.

According to the survey, 51% of voters say they would choose Obama, while 42% prefer Romney. The margin represents a slight change from Marquette's last survey in late March, when Obama held a 48%-43% advantage over Romney.

For the poll, Marquette interviewed 705 registered Wisconsin voters by phone between April 26 and April 29. The margin of error is plus or minus 3.8 percentage points.