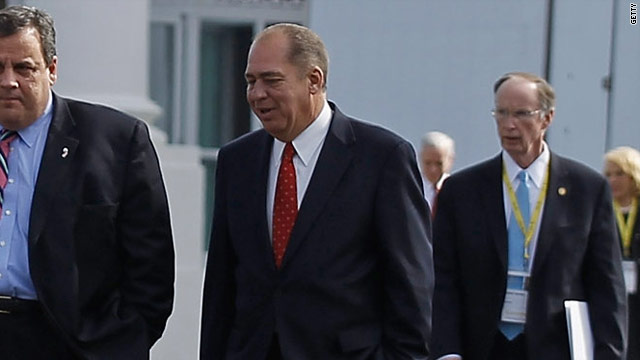 Tomblin is the second prominent Democrat from West Virginia to express doubts about voting for Obama. Sen. Joe Manchin said in mid-April he may not cast a ballot for Obama in November, citing the effect the president's economic policies have had on his constituents.

"President Obama has apparently made it his mission to drive the backbone of West Virginia's economy, coal and the energy industry, out of business," Tomblin said. "That will not only hurt thousands of West Virginia families, it will destroy the economic fabric of our state."

"His policies will put more burdens on West Virginia families who are simply trying to make ends meet," Tomblin said of Romney.

Manchin and Tomblin are Democrats in a largely conservative state – West Virginia last voted for a Democrat in a presidential election in 1996. Both politicians have staked out independent positions that often put them at odds with other members of their party.

Tomblin bucked Obama in March by suing the Environmental Protection Agency over a new rule he says inhibits jobs creation by putting restrictions on coal mining, one of the state's largest industries.

Both Tomblin and Manchin face re-election in November for full terms in their respective offices.

A spokesman for Tombin's re-election campaign said the governor was "absolutely" still a Democrat.

"He was expressing an opinion when asked," Chris Stadelman said.