(CNN) – If the voters who supported his presidential bid aren’t fired up to support Mitt Romney, the GOP had “better get a fire going,” Rick Perry said Thursday.

“God help us if he doesn’t win,” Perry said in an interview on Fox News.
END_OF_DOCUMENT_TOKEN_TO_BE_REPLACED

(CNN) – Mitt Romney is rallying social conservatives to his campaign, but CNN's Jim Acosta reports it's still a work in progress.

Poll: Obama ahead of Romney in Virginia

(CNN) - As President Barack Obama and Mitt Romney campaign in Virginia this week, a new poll shows the president with a seven point advantage over his likely opponent in the Commonwealth.

Fifty-one percent of voters said they would vote for the president if the election were held today, while 44% said Romney, according to the Washington Post poll released Thursday.
END_OF_DOCUMENT_TOKEN_TO_BE_REPLACED

Washington (CNN) – A day after a seemingly lukewarm embrace of presumptive GOP nominee Mitt Romney, Newt Gingrich said Thursday he had fully endorsed the former Massachusetts governor and would enthusiastically campaign on his behalf.

"I thought I was endorsing him," Gingrich said of his speech Wednesday, in which he formally announced he was suspending his bid for the GOP nomination. Gingrich was speaking in an interview on "The Situation Room with Wolf Blitzer."
END_OF_DOCUMENT_TOKEN_TO_BE_REPLACED

DEVELOPING… HIGH STAKES HUMAN RIGHTS CAMPAIGN: Chinese activist Chen Guangcheng and U.S. officials continue to debate the state and future of the dissident who is seeking asylum in the United States.

U.S. Ambassador Gary Locke to CNN’s Stan Grant: “We took extraordinary steps to retrieve him. We found out that he had escaped, was in Beijing, wanted to talk to us. We undertook almost like a mission impossible retrieval to bring him into the embassy. And it was very, very clear all along – he wanted to be reunified with his family, he wanted to stay in China, to be a freedom fighter. He did not want to go to the United States.”

Jay Carney, White House press secretary, 1:07 p.m. ET: “We have seen that Mr. Chen and his wife's view of what is best for him and them may be changing… Our U.S. State Department in Beijing had conversations with Beijing officials to receive assurances, and did receive assurances that he would not be harassed upon release.”

END_OF_DOCUMENT_TOKEN_TO_BE_REPLACED 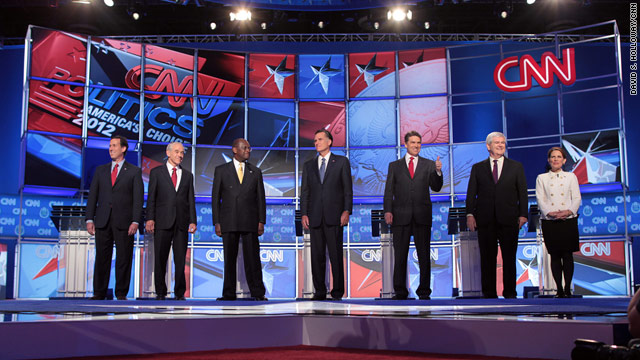 (CNN) - Newt Gingrich's long-foundering presidential run is finally over, but the former House speaker's efforts to pay off his campaign debt are likely just beginning.

The Gingrich campaign, as of the last reporting period, owes $4.3 million to creditors, including pollsters, staffers, consultants, lawyers and event venues.

Greensboro, North Carolina (CNN) - John Davis, a former personal assistant to John Edwards, testified Thursday about answering a knock on his hotel door and being told by a campaign videographer that she and Edwards were in love.

Edwards, a presidential candidate, was married at the time of the February 2007 hotel incident in Detroit.

Washington (CNN) - The top Republican on the House Oversight Committee is moving to hold Attorney General Eric Holder in contempt of Congress for failing to cooperate in the panel's investigation of the controversial "Operation Fast and Furious" weapons sting.

Rep. Darrell Issa, R-California, sent a 17-page memo and a draft contempt resolution to members of his committee Thursday, outlining what he argued was Justice Department's "refusal" to comply with the panel's probe to get information about the sting set up by the Bureau of Alcohol, Tobacco, Firearms and Explosives that allowed weapons to be purchased illegally in order to track them to senior drug cartel members. 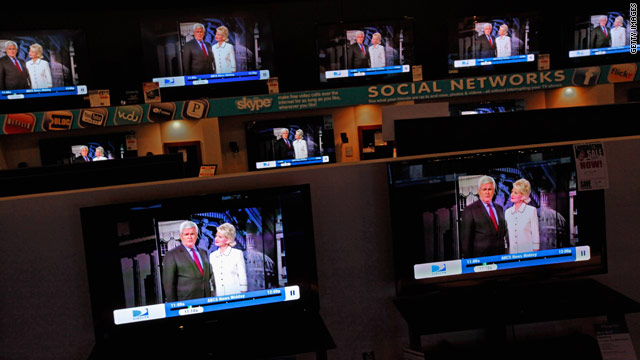 Presidential campaign advertisements, including those produced by and about former House speaker Newt Gingrich, were the subject of a new study.
May 3rd, 2012
03:21 PM ET

Study: Campaign ads much more negative than four years ago

(CNN) - If you think the current race for the White House seems more negative than the 2008 presidential campaign, a new study indicates you're right.

According to a political advertising analysis by the Wesleyan Media Project, 70% of presidential campaign commercials that have run so far this cycle have been negative. That compares to less than one in ten ads that ran by this time four years ago that criticized an opponent.
END_OF_DOCUMENT_TOKEN_TO_BE_REPLACED 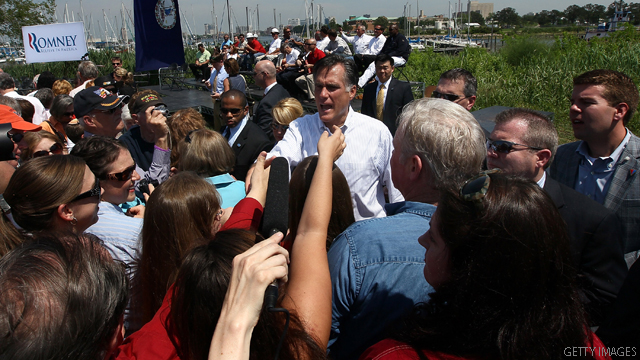 Romney: Virginia could decide the election

(CNN) – The importance of the presidential vote in Virginia was not lost on Mitt Romney when he appeared in the state on Thursday beside popular Republican Gov. Bob McDonnell, ahead of President Barack Obama's official re-election launch in the state on Saturday.

"Now politics is underway, it's underway again. You're going to hear it all right here in Virginia," Romney said at an event in Portsmouth, Virginia. "This may well be the state who decides who the next president is."
END_OF_DOCUMENT_TOKEN_TO_BE_REPLACED