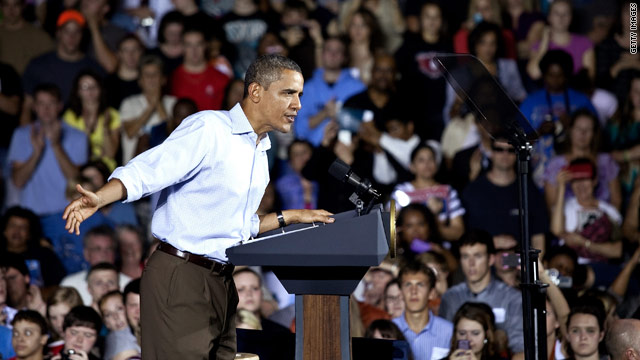 Washington (CNN) – On the heels of disappointing jobs numbers, the White House says President Barack Obama will travel Tuesday to Albany, New York, where he'll deliver remarks on the economy.

The president is scheduled to visit the College of Nanoscale Science and Engineering’s (CNSE) NanoTech Complex, according to a senior administration official.
END_OF_DOCUMENT_TOKEN_TO_BE_REPLACED

Columbus, Ohio (CNN) - As President Obama prepares to officially kick off his reelection campaign with a rally here at The Ohio State University on Saturday, the Ohio chapter of Obama for America is already in full swing.

With 18 offices across the state, a state director on staff since 2009 and a digital director dedicated solely to building local online communities in Ohio, the Obama campaign is trying to make up for a harsher political climate with increased effort.
END_OF_DOCUMENT_TOKEN_TO_BE_REPLACED 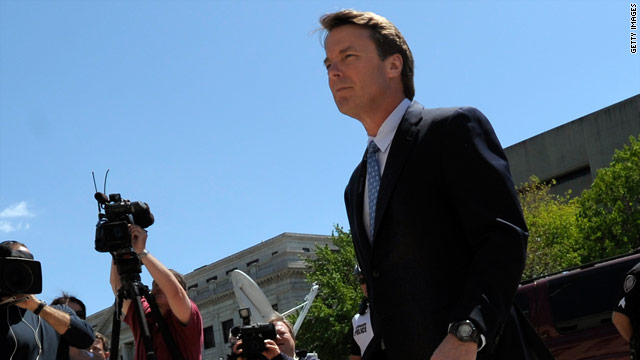 Ex-adviser: Edwards cursed him after being warned to stay away from mistress

Greensboro, North Carolina (CNN) - A former adviser recalled Friday how he urged John Edwards to steer clear of a campaign videographer, later revealed to be his mistress. But the then-presidential candidate refused, Peter Scher said in court.

He said that "I should back off, he didn't need a baby sitter," Scher testified during Edwards' felony trial.

(CNN) – Former GOP presidential candidate Rick Santorum has made an endorsement - but it's not the one Mitt Romney may be waiting for.

END_OF_DOCUMENT_TOKEN_TO_BE_REPLACED

Aide: Santorum endorsement could come in 'next week or so'

(CNN) – John Brabender, a senior strategist to former GOP presidential candidate Rick Santorum, said Friday if the ex-GOP candidate endorses his former top rival Mitt Romney it will be "in the next week or so."

Brabender's comments came after a meeting between the one-time opponents, which he characterized as a productive, issues-driven conversation. Nonetheless, the session did not produce an immediate endorsement from Santorum.
END_OF_DOCUMENT_TOKEN_TO_BE_REPLACED

Speaking at the Young Women's Christian Association conference in Washington, Biden accused the GOP of "scheming" in its opposition to the bill, trying to find a way to cut down the law without losing points with women voters.
END_OF_DOCUMENT_TOKEN_TO_BE_REPLACED 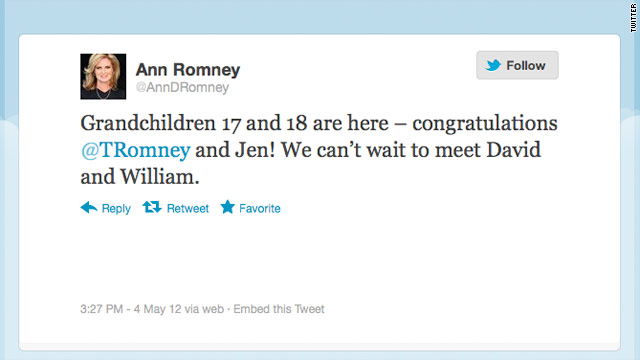 Tagg himself tweeted: Happy 2 announce birth of twin boys David Mitt and William Ryder. Big thanks to our surrogate. Life is a miracle. He included a photo of himself holding one of his new sons.

With Indiana voters set to hit the polls on Tuesday, the Howey-DePauw University survey showed Mourdock at 48% and Lugar at 38%. Those figures included respondents who said they were leaning toward a candidate, as well as people who said they were firm in their choice.
END_OF_DOCUMENT_TOKEN_TO_BE_REPLACED