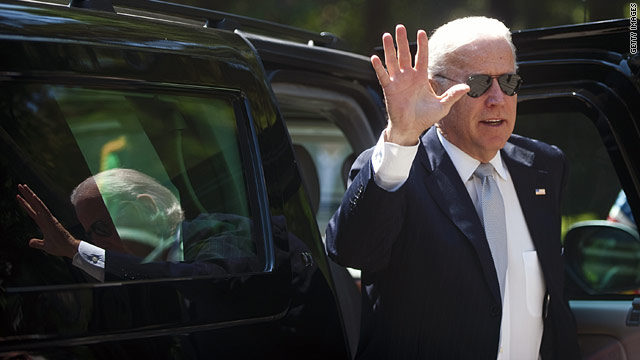 Ticket prices start at $10,000 for each event, according to a campaign official. All proceeds will go to the Obama Victory Fund, a joint fundraising committee for the president's re-election campaign, the Democratic National Committee and several state Democratic parties. 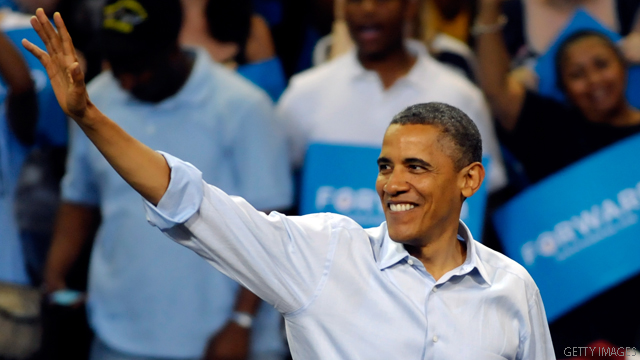 Team Obama to spend $25 million on May ads

In addition to the large figure behind the positive spots, Axelrod said the campaign would respond to "attacks" from Mitt Romney's presidential campaign and the super PACs supporting his candidacy.

Read more about the ads: Obama campaign seeks to frame the narrative with new ads
END_OF_DOCUMENT_TOKEN_TO_BE_REPLACED

Obama holds a slight two-percentage point advantage–47%-45%–over Romney among registered voters, according to the USA TODAY/Gallup Swing States Poll. The margin is well within the sampling error.
END_OF_DOCUMENT_TOKEN_TO_BE_REPLACED

(CNN) - Apparent White House division over gay marriage – with Vice President Joe Biden saying Sunday that he is “absolutely comfortable” with the idea, going further than President Obama has on the issue – mirrors a nation that is evenly divided on the matter. Recent polls show that about half of Americans favor legalized gay marriage, while half oppose it, with support for the idea gaining significant ground over the past 15 years.

Pew’s latest polling on the issue, conducted late last year, found that 46% of Americans support favor allowing gays and lesbians to marry legally, while 44% are opposed. Support for gay civil unions is substantially higher, with a clear majority of Americans supporting such arrangements. 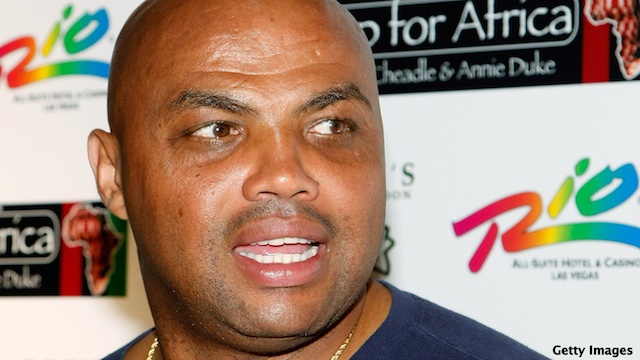 The former pro-basketball star and NBA hall-of-famer turned hoops-analyst made the comments Sunday night during the airing of a playoff game between the Boston Celtics and the Atlanta Hawks.
END_OF_DOCUMENT_TOKEN_TO_BE_REPLACED

The survey shows Romney with a one-percentage point advantage, 48%-47%, over the president among likely voters, well within the Politico/George Washington University poll's sampling error.
END_OF_DOCUMENT_TOKEN_TO_BE_REPLACED

(CNN) - The candidates and their campaigns hit the trail Monday, making stops in Tennessee, Ohio, and Georgia.

See their full schedules after the jump.
END_OF_DOCUMENT_TOKEN_TO_BE_REPLACED

Obama campaign seeks to frame the narrative with new ads

(CNN) - The Obama campaign launched Monday the first in a series of positive ads aimed at highlighting the president's record on such issues as the economy and foreign policy.

Called "Go," the first ad begins and ends by addressing voters' concerns about the economy, reminding Americans that President Obama inherited an economic mess from the previous administration. The one-minute spot makes the case that Obama's policies have helped middle-class Americans and will continue to do more in the future.
END_OF_DOCUMENT_TOKEN_TO_BE_REPLACED

CNN: Ayotte: I’m more qualified than Obama
Republican Sen. Kelly Ayotte of New Hampshire, eyed as a possible running-mate pick for Mitt Romney, said on Sunday she was more qualified than Barack Obama was in 2008. “I have, some would say, better experience than Barack Obama had when he was a senator, having been the chief law enforcement officer of my state, (then) to serve on the Senate Armed Services Committee,” Ayotte said on NBC’s “Meet The Press.”