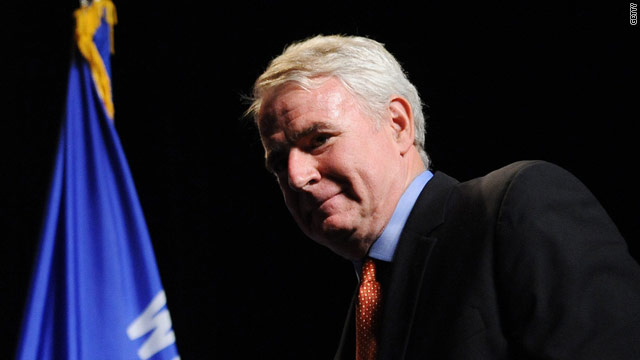 This isn't the first time Barrett has been matched against Walker – the two faced off in a 2010 gubernatorial election. Wisconsinites, along with many other Americans voting that year, went for the Republican in that election, choosing Walker over Barrett by 6 percentage points.

"Barrett is attractive for several reasons, but the main one seems to be his electability," said Barry Burden, professor of political science at University of Wisconsin-Madison. "He lost to Walker in the 2010 election, but that was a year when Republicans did well across the board. Many Democrats believe that he has a much better shot this time around. In addition, he is not from Madison or tightly linked with organized labor, so he might be viewed more favorably by swing voters."

In 2011, Walker made a controversial decision to cut most collective bargaining rights for state employees, a move that sparked massive outcry from labor unions and Democrats. Massive protests erupted in the state capitol building in Madison, causing disruption to state business and bringing national attention to the standoff.

Unions argued that collective bargaining - a process of negotiations meant to regulate working conditions - has served to protect their wages and health care, as well as enforce workplace safety and serve as a means to arbitrate employee grievances.

Walker, along with other supporters of the measure, asserted union contracts constrain efforts to address Wisconsin's swelling deficit.

In January, Democrats submitted more than a million signatures to Wisconsin's elections board, and June 5 was set as the date for the recall election. This is the first time in Wisconsin's history that a governor has faced recall. The only two successful gubernatorial recalls in United States history came in 2003, when Californians recalled Gov. Gray Davis, and in 1921, when North Dakota voters recalled Gov. Lynn Frazier.

In his campaign, Barrett used Walker's controversial decision on collective bargaining to rally Democrats. In one campaign ad, he claimed the governor had created a "civil war in Wisconsin."

"Scott Walker has divided our state," Barrett said in the ad. "And while he's pursued his ideological agenda, Wisconsin has lost more jobs that any state in the country. We can't afford to have a governor who says 'my way or the highway.'"

"As Milwaukee Mayor Tom Barrett enters the general election in his soon to be third statewide losing campaign, he will surely find that his record of raising taxes and promises to continue to do so will not resonate with voters," Blum wrote.

He continued: "While Governor Walker's term has seen unemployment drop to its lowest rate since 2008, unemployment under Tom Barrett has risen more than 28%. Rather than Tom Barrett's path of taking Wisconsin back to the days of billion-dollar deficits, double-digit tax increases and record job loss, we are confident that voters will choose to stand with Governor Walker and move Wisconsin forward."

A poll released May 2 showed Barrett narrowly edging Walker among registered voters by one percentage point, with 47% to Walker's 46%. Among likely voters, however, the results flipped. Walker pulled ahead by one percentage point with 48% to Barrett's 47%, according to the poll. Both margins fell within the sampling error.

With less than a month until the recall election, Barrett faces a steep fundraising deficit against Walker, who has raised substantially more than the Democrat.

"The Democratic nominee faces a severe financial challenge," Burden said. "Walker has raised about $25 million while Barrett and [Democratic candidate] Falk each raised about $1 million. The Democrats will need a lot of outside financial help or a perfect ground game to make up the difference."