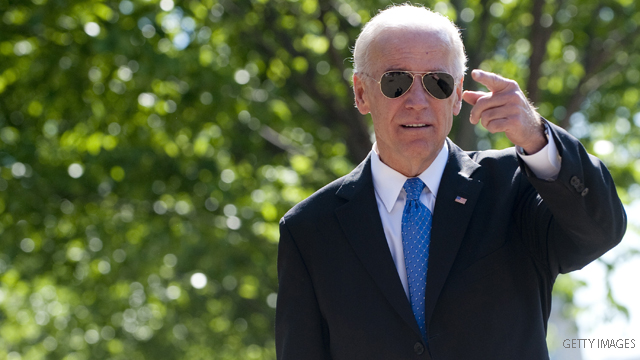 One source said Biden has, in the past, counseled the president against announcing support for same-sex marriage - making the circumstances that much more frustrating. Although other sources said they have not heard Biden make that point in recent years.

Biden made comments supporting such unions during an appearance on NBC's "Meet the Press" that aired Sunday, seemingly forcing the issue to the forefront of public debate.

Another source said the recent events gave renewed life to old jokes and flippant remarks like, "Hello? Does he know this is the Obama presidency not the Biden presidency?"

None of these sources said they believed it would create a lasting rift between the West Wing and the vice president's office – because Biden has gone off script before and will do it again.

The president's team said they were aware of the risk when they tapped Biden for the ticket. One source added that the president has a close personal relationship with the former senator and that trumps his advisers' frustrations. But there is a great deal of interest in keeping the vice president "on script."

Sources also said the vice president feels bad about putting the president in a tough position.

As evidence he is not in the dog house, Biden hosted a student loan event at the White House Thursday and will make a two-day campaign swing in Ohio next week.