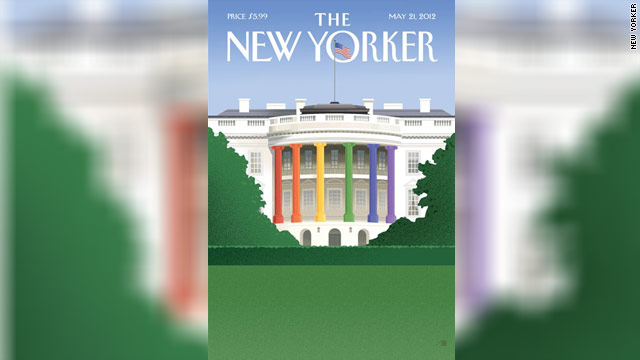 TRAIL TRIVIA
(Answer below)
The Chamber of Commerce currently has an ad on television which brags that the Republican candidate works with President Obama in order to find “solutions to boost our local economy.” Who is the ad for and where is it airing?

We are having a spirited debate in our newsroom about The Washington Post’s story about Mitt Romney’s prep school “pranks” and “troubling incidents.”

Today, Mitt Romney, trying to put the story behind him, told WSOC, "I was one who did stupid things in high school and if anybody was offended by that I apologize."

On Fridays, we reach out to the masters of the political class to get different perspectives on the news. This time we had two questions: Did Mitt Romney handle the story well? Did the Washington Post?

Brian Hughes is president and CEO of the Florida-based Republican consulting firm Meteoric Media Strategies. He most recently served as deputy executive director of the Republican Party of Florida and spokesman for Gov. Rick Scott

Governor Romney has rightly concluded that being held to account for childhood behavior – five decades old – is an absurd proposition. Nevertheless, Romney has apologized and expressed his thoughtful reflection. He now has a clear reason to incorporate more of who he is as a man, a father and a husband in his personal narrative. Romney should, and I think will, use that opportunity.

A more relevant question, though, would be one that explores the bias reflected by disproportionate coverage and its timing. Has The Washington Post written nearly as many words about Romney, the grown man, who, in 1996, turned his entire company loose on the streets of New York to save a missing teen? Where are the interviews with the people who Romney had searching the streets? What can those colleagues tell us about Romney and how he leads?

Voters this November are going to be focused on turning around anemic economic growth and creating jobs. Despite the bloodlust of the 24-hour news beast, Romney will do well to stay on target. This election is about who can lead the nation back to prosperity, not about the antics of candidates when they were kids.

CNN’s Howard Kurtz, on how The Washington Post handled the story, which was written by reporter Jason Horowitz:

“On the surface, The Washington Post story on Mitt Romney's looked to be meticulously reported and carefully written. But I can't escape the feeling that it looks like a manufactured scandal, events of so long ago that perhaps they tell us nothing about Romney's qualifications to be president. Should even White House candidates be judged by ancient school pranks?”

The Washington Post’s opinion blogger Eric Wemple defended the article online: “The long-ago events are relevant in part because they allow us to see how Romney looks at his past.”

Leading CNNPolitics: Romney's former classmate: 'You have to take it into account'
Phillip Maxwell, a Michigan attorney, is still haunted by what he claims he witnessed on the campus of the state's elite Cranbrook School in 1965: a young Mitt Romney and a group of friends holding down a classmate named John Lauber and cutting off chunks of his long hair.

Leading Drudge: Facebook Co-Founder Gives Up U.S. Citizenship Before IPO
Eduardo Saverin, the billionaire co- founder of Facebook Inc. (FB), renounced his U.S. citizenship before an initial public offering that values the social network at as much as $96 billion, a move that may reduce his tax bill.

Leading HuffPo: Obama Approval Rating On Economy Declines: Poll
Americans are growing more pessimistic about the economy, and handling it remains President Barack Obama's weak spot and biggest challenge in his bid for a second term, according to a new Associated Press-GfK poll.

Leading Politico: And today’s guest star: Michelle Obama
More Michelle Obama, all the time. Booking the first lady all across the cable box has become a staple — well beyond the traditional venues and well beyond the traditional kind of appearances. In just the past few months, she’s been on “The Biggest Loser” twice, joked about her prom photo on “Ellen” and challenged Jimmy Fallon to sack races in the East Room.

Leading New York Times: Obama Campaign Pushes the Issue of Gay Marriage
Vice President Joseph R. Biden Jr. apologized to President Obama for hastening him into an endorsement of same-sex marriage, several people briefed on the exchange said Thursday, even as the White House sought to capitalize in the campaign on Mr. Obama’s long-awaited expression of support.

- Liberty student: Campus is split on Romney speech -
CHRISTINE DARBY, A STUDENT AT LIBERTY UNIVERSITY, ON A DNC CONFERENCE CALL: “The feeling between the student body and the campus is kind of split as far as people who are looking forward to the outcome of the commencement speaker. A lot of people really are excited about it but then there's a few people questioning why is he going to be the main speaker at the commencement.”

- Clinton takes on ‘those who pervert religion’ -
SECRETARY OF STATE HILLARY CLINTON AT A QUESTION & ANSWER IN BANGLADESH: “I think people who use religion, who pervert religion, for their own power or their own personal needs or their own desires, are doing a great disservice to religion. And you find people who, over history, have used every religion for that purpose and it is unfortunate the terrorists today, at this point in history, are too often using a religion that is one of the great reflections of man’s faith and one of the three monotheistic religions that I come out of as a Christian.”

- Michelle Obama tells graduates to ‘invent our own future’ -
FIRST LADY MICHELLE OBAMA SPEAKS AT THE 2012 VIRGINIA TECH GRADUATION: “The truth is, graduates, there will always be folks who make assumptions about you based on superficial things like where you're from or what you're wearing or how you look. There will always be folks who judge you based on just one thing that you say or do, folks who define you based on one isolated incident. And here at Virginia Tech, I know you all know a thing or two about what that's like. But, you also know that in the end people can only define you if you let them. In the end, it's up to each of us to define ourselves. It's up to each of us to invent our own future with the choices we make and the actions we take.”

TRIVIA ANSWER
Most Republican ads that feature President Obama do not feature him in a flattering light. But, at least in one state of the union working with the President still has some sway: Obama’s home state of Hawaii.

That is why the U.S. Chamber of Commerce is running an ad for Hawaii’s former Republican governor and U.S. Senate candidate, Linda Lingle, that boasts about her ability to reach across the aisle and work with the president. “Working together to create jobs will bring Hawaii’s economy back,” says the narrator of the 30-second ad. “That is the independent record that Linda Lingle has built. Governor Lingle believes in a bipartisan plan for increasing tourism, working across the aisle with President Obama, finding solutions to boost our local economy for more opportunity.”

The ad continues: “She understands tourism will create jobs for Hawaii and our economy. Call Linda, tell her to keep supporting tourism and putting jobs above partisanship.”

It may seem obvious that the chamber is looking to connect Lingle and Obama in Hawaii. The president is still very popular there and Gallup ranks Hawaii the second-most Democratic state in the country. But in this hyperpartisan political environment, it is certainly unique to see an anti-Obama group run an ad bragging about a Republican working with the Democratic president.

CMAG’s Elizabeth Wilner said it best in an e-mail to Gut Check. “There's the sea of rigid partisanship, and then there are the islands of Hawaii.” Wilner wrote.

GOT NEWS?
Our inbox awaits: gutcheck@cnn.com
Anyone can sign up for Gut Check by emailing gutcheck@cnn.com
Tips or comments? Send them to Michelle; send complaints to Preston, because he is already in a bad mood. We also want to give a shout out and a Follow Friday request to Dan Merica, who runs our Twitter account @gutCheckCNN, where our trivia hits first.