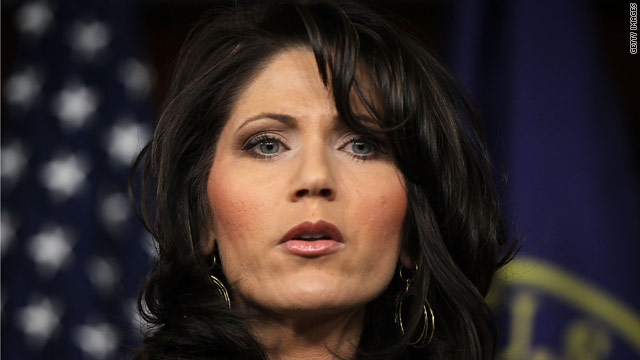 (CNN) – Rep. Kristi Noem is remembering something that many adults do at this time of year: her graduation.

But unlike for many 40-year-olds, Noem's college diploma came last year.

Noem, a Republican from South Dakota, used the GOP weekly address to point out some challenges that many recent grads face in tough economic times. President Barack Obama delivered a similar message during his weekly address, encouraging Congress to pass a "to do list" of economic measures he proposed on Friday.

He asked supporters to pressure Congress to pass the legislation, because "each of the ideas on this list will help create jobs and build a stronger economy right now."

Noem placed blame for economic stagnation on Obama, who she said "is ignoring the tough choices and trying to distract from the real issues."

"The challenges young people and women face in this economy need to be addressed, not exploited for political gain," she said, touting the GOP’s “Plan for America’s Job Creators.” "If the president is truly serious about doing what's best for women, young people and all Americans, working on these jobs bills should be our focus."

Noem put her education on hold at age 22 to help on her family farm, and returned to South Dakota State University in 2008 to finish her degree. Obama will find himself on the other side of graduation exercises when he delivers a commencement address at Barnard College in New York on Monday.