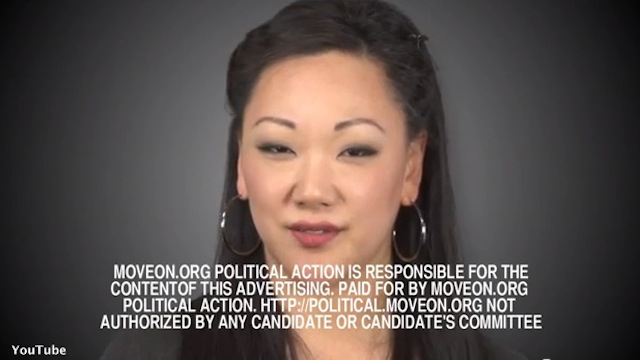 The spot claims that Romney, the former Massachusetts governor who's making his second bid for the White House, moved to the right on women's issues to win the GOP presidential nomination.

In the ad, various women look into the camera, and say "you're the presumed GOP nominee. And all you had to do was threaten to let our employers take away our contraception coverage, threaten to let our insurance companies, charge us more, just because we're women, and threaten to get rid of Planned Parenthood –a lifesaving source of healthcare for millions of women. So this November, we're gonna remember how you threw women under the bus, just to get the nomination."

The ad aired Sunday on NBC's "Meet the Press" and a MoveOn.org spokesman says that spot will also run on national cable, but would not reveal the size or length of the ad buy.

Obama won the female vote by 13 points in the 2008 presidential election, according to exit polls. The president's re-election campaign is working to keep women voters in his camp this November, as national Democrats continue to push their narrative that paints the GOP as waging a "war on women."

The Romney campaign has responded to attacks by Democrats over women's issues by pointing to the president's record on the economy and to the job loss by women during Obama's three and a half years in office.

"The real war on women is being waged by the president's failed economic policies," said Romney on the campaign trail late last month.