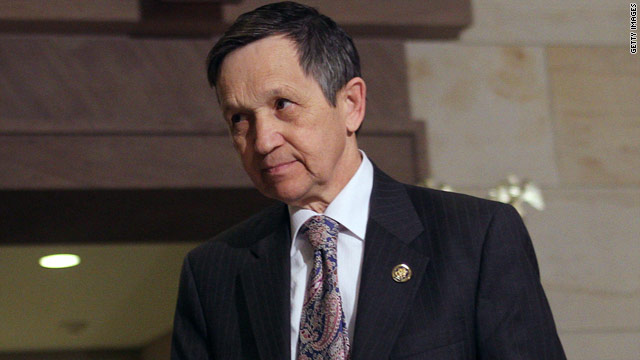 (CNN) - Rep. Dennis Kucinich, the anti-war Ohio congressman, announced Wednesday that he will retire from the House at the end of his term, opting not to launch a bid for a house seat in Washington state after losing a primary for his own seat.

Kucinich's primary loss came in March, when he was defeated by fellow Democratic Rep. Marcy Kaptur after the Republican-led state legislature combined their districts. He then explored a run in Washington.

"At the end of this term I will have served sixteen years in the House of Representatives, leading the way for peace, to bring an end to the wars, for workers' rights, for health care for all, for monetary policy reform and to end the corrupting influence which money has on our political decision-making process," he said.

The Washington Democratic Party chairman, Dwight Pelz, told the Seattle Times that if Kucinich ran in his state, his legacy would be one of a "narcissist who lost two Congressional races in two states the same year."

Kucinich unsuccessfully sought the Democratic presidential nomination in 2004 and 2008.