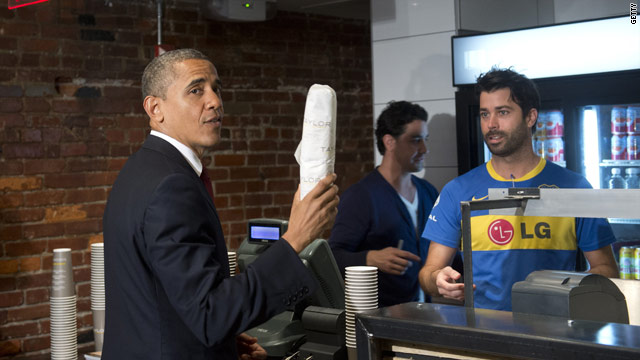 After the meeting he went to the counter and picked up some hoagies. According to the White House press pool he ordered a 12-inch Spruce Street hoagie, which has roast turkey, prosciutto, roasted red peppers and sharp provolone. He also ordered sandwiches to take back to the White House for his meeting with congressional leaders.

The tab totaled $62.79. When the president picked up sandwiches and held up one of the sandwiches in a wrapper and said, "This is a serious size hoagie here, This is no joke"

After the meeting with congressional leaders, both House Speaker John Boehner and White House Spokesman Jay Carney reported the sandwiches were delicious.