Washington (CNN) - President Barack Obama and congressional leaders met Wednesday to discuss upcoming budget deadlines, one day after House Speaker John Boehner drew a line in the sand over what could be another bitter showdown between the White House and Congress later this year.

The president focused on his "to-do list" for Capitol Hill, a five-step plan of fiscal policies the White House says is aimed at building economic growth. But Boehner's office said the meeting largely centered on the next scheduled debt ceiling hike, set to go to a vote at the end of the year, along with a "fiscal cliff" of expiring tax policies and new spending cuts coming before Congress, all by January 1. 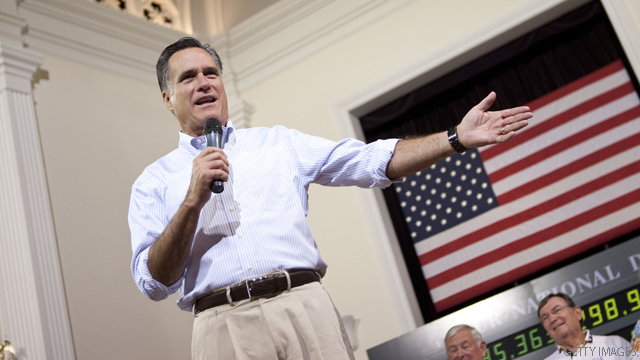 St. Petersburg, Florida (CNN) - Hours after a kerfuffle that had reporters up in arms over a lack of access to Mitt Romney, the candidate himself sought to defuse rising tensions.

Romney chatted briefly with reporters Wednesday on a charter plane shared by the press and campaign staffers - an arrangement Romney's team has infrequently made available to news organizations in recent months.
END_OF_DOCUMENT_TOKEN_TO_BE_REPLACED 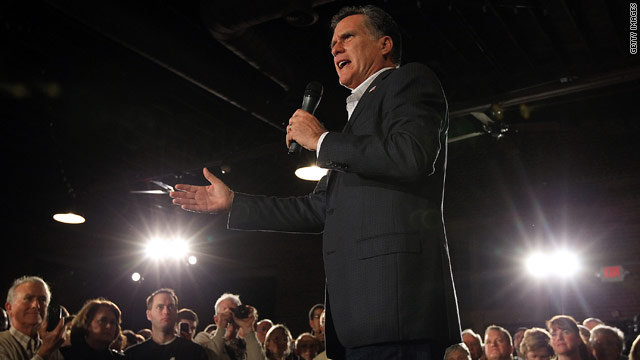 BLITZER'S BLOG: Who will Romney not pick as his V.P.?

Many of those attacks were very nasty indeed.

(CNN) – The race between President Barack Obama and likely Republican nominee Mitt Romney is in a dead heat in Wisconsin, a poll released Wednesday indicated.

The survey from Marquette Law School showed both Obama and Romney garnering support from 46% of likely voters in Wisconsin. The numbers reflect a boost for Romney, who faced a four point deficit in the state the last time Marquette polled likely voters in April.
END_OF_DOCUMENT_TOKEN_TO_BE_REPLACED 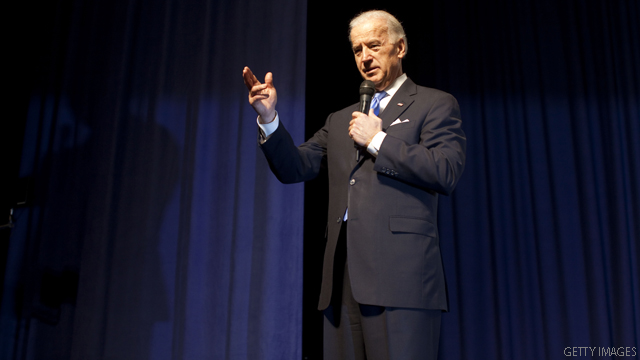 In a sometimes fiery speech at M7 Technologies, an advanced manufacturing plant in Youngstown, Ohio, Biden added new emphasis to the attack on Romney's tenure at Bain Capital that the Obama campaign has waged all week, labeling his policies in a negative light as "Romney economics."
END_OF_DOCUMENT_TOKEN_TO_BE_REPLACED 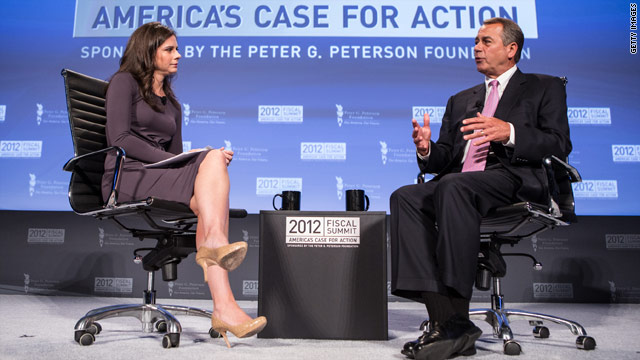 Fiscal cliff: What you need to know

New York (CNNMoney) - On Tuesday, House Speaker John Boehner all but promised an ugly fight over the debt ceiling this year unless GOP demands for spending cuts are met.

Sound familiar? The GOP took the same tact last year, leading eventually to an epic Washington fight that led to a first-ever U.S. credit downgrade and a major disruption in global markets. 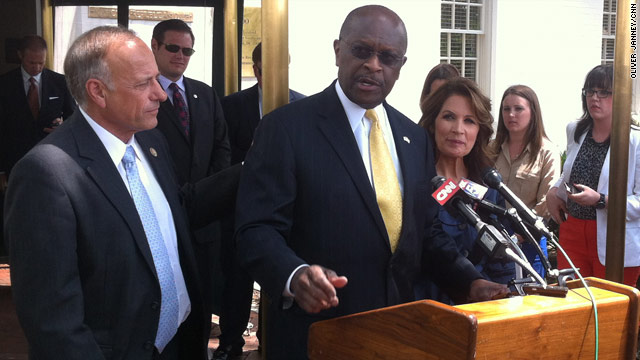 (CNN) – Herman Cain, who suspended his own bid for the GOP presidential nomination amid a flurry of allegations of past sexual impropriety, backed Mitt Romney Wednesday – his third endorsement after dropping out of the race.

Cain, the former chief executive of Godfather's Pizza, held an endorsement event in Washington, D.C., where he was flanked by Rep. Michele Bachmann, herself a former presidential candidate, and Rep. Steve King of Iowa.
END_OF_DOCUMENT_TOKEN_TO_BE_REPLACED 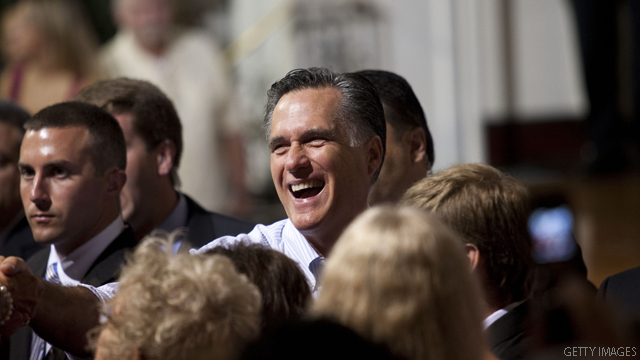 St. Petersburg, Florida (CNN) - Press aides for the Romney campaign and a lone Secret Service agent attempted to physically block reporters from asking questions of the GOP contender along an event rope line in Saint Petersburg, Florida on Wednesday.

The brief altercation was captured on video by CNN. A spokeswoman from the Romney campaign later called it "an error."
END_OF_DOCUMENT_TOKEN_TO_BE_REPLACED 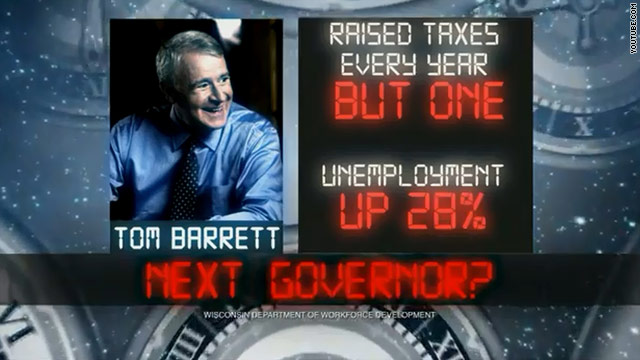 Barrett, who won the Democratic nomination for the seat last week, "raised taxes every year but one," the RGA ad said. Unemployment in his city went up 28%, the ad said.
END_OF_DOCUMENT_TOKEN_TO_BE_REPLACED

In central Virginia, a 2012 bellwether emerges

Richmond, Virginia (CNN) - Strategists for Barack Obama and Mitt Romney don't see eye to eye on much, but they do agree on this: It's tough to envision a path to the White House that doesn't include Virginia.

And as they look for ways to tip the balance in November, an unlikely bellwether is emerging in the heart of Virginia: Henrico County, a longtime conservative bastion that has mutated into a key barometer for political watchers in the commonwealth.