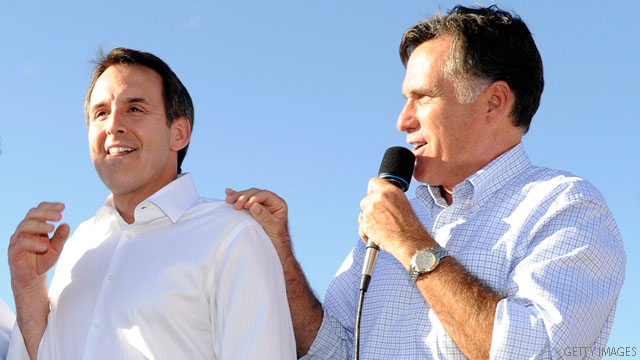 Asked if he'd run with Romney, Pawlenty doesn't say no

(CNN) - Tim Pawlenty didn't use on Thursday the one word which most potential GOP vice presidential picks have used this year when asked if they would accept the number two spot: "no."

"I'm going to do whatever I can to help Mitt Romney defeat Barack Obama," he said in an interview on MSNBC. "I've just been telling people, look, I think I can help in other ways but obviously anyone would be honored to serve if asked."

The former Minnesota governor is co-chair of Romney's campaign, and deflected questions about whether Romney's campaign was vetting him for the position, saying campaign policy is "that we don't talk about the vice presidential" selection.

"That's something that we're just going to leave for another day and another time, not because I'm trying to be coy with you... that's just the campaign policy, we don't discuss the details of that process," he said.

Sen. John Thune of South Dakota similarly did not shoot down the idea of his own spot on the ticket, saying on Sunday, "You never rule out opportunities or options when you're involved in public life and you say you want to make a difference. If you're serious about that, obviously you don't foreclose options."

Pawlenty and Thune's responses offer a contrast to adamant rejections of the position by others, including New Jersey Gov. Chris Christie and Sen. Marco Rubio of Florida.

Their answers were closer to those Pawlenty has given previously, such as in a Monday interview when he said, "I'm going to take my name off the list, so if ... you're a journalist, an observer, remove my name from the list."

Pawlenty quit the presidential race after the Iowa straw poll in the summer of 2011, and has since been a prominent supporter of Romney. He was considered a likely pick to be the 2008 vice presidential nominee.