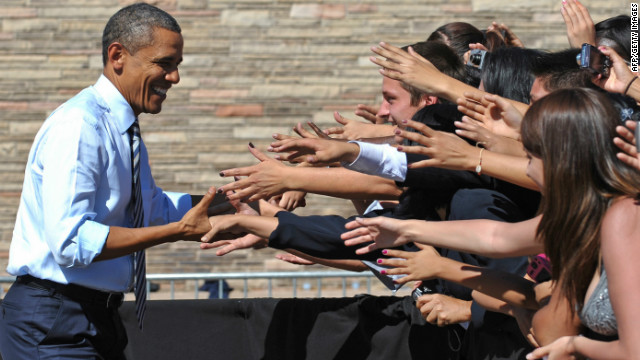 Obama: They still like him, but will they vote for him?

Washington (CNN) - President Barack Obama lags in several polls on fixing the economy. His favorability rating is virtually even with that of presumed GOP presidential nominee Mitt Romney. His signature health care reform law appears on the verge of being overturned. Women, once central to his base, are now drifting toward his opponent. He has even lost support among once-passionate young voters.

Yet, according to a USA Today/Gallup poll released this week, 56% of those polled believe the president will cinch re-election this fall, compared to 36% who think Romney will win.