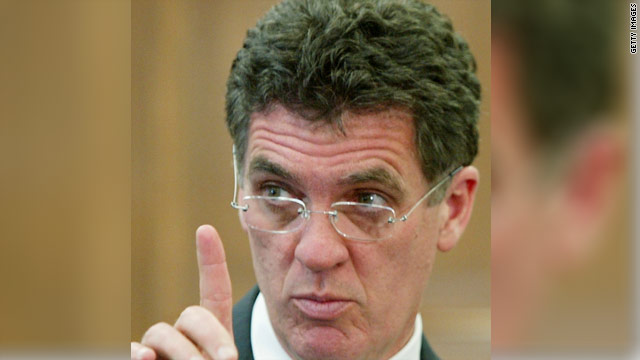 Weldon - who represented the state's space coast until 2008, when he left Congress and returned to practicing medicine - announced Friday he's joining the field of Republicans seeking to unseat Nelson, the state's senior and two-term senator. He is also Florida's only Democrat in statewide office.

In a press release announcing his bid, Weldon made no mention of Nelson, nor his GOP rivals, but criticized President Barack Obama, who he said has "has traded America's greatness for international acceptance, turned his back on our Constitution and the intentions of our founding fathers and crushed the economic engine that helped make America great."

His campaign said the candidate "just couldn't sit on the sidelines anymore and watch our freedoms being systematically stripped away."

Already in the race are former Sen. George LeMieux, who was appointed to the seat now held by Sen. Marco Rubio by former Florida Gov. Charlie Christ, and Rep. Connie Mack, who on Wednesday picked up the endorsement of GOP presidential candidate Mitt Romney.

The nine Republicans have raised nearly as much - $8.5 million and change - as has Nelson this cycle, according to Federal Election Commission tallies.

– CNN's Paul Steinhauser and Gregory Wallace contributed to this report