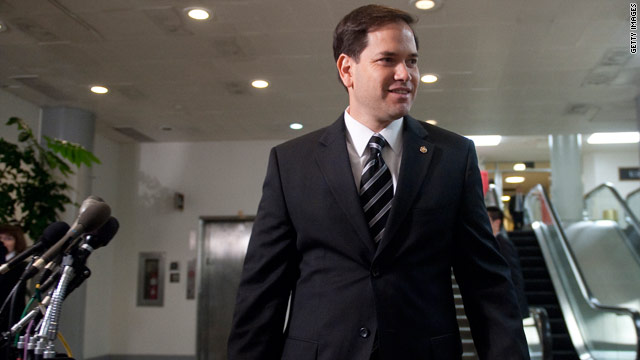 A Rubio aide confirmed to CNN that the first term senator, who's popular with Republican and conservative voters, will headline a fundraiser for Mourdock on June 4 in Carmel, Indiana.

Mourdock, who enjoyed strong backing from local and national tea party groups and other leading fiscal conservative organizations, beat Lugar by more than 20 points in the primary. Lugar, the longest serving Republican in the Senate, was criticized by Mourdouck and his supporters as being too moderate and too willing to work with Democrats in the Senate, and was attacked for his votes in support of the Wall Street bailout and President Obama's Supreme Court nominees.

Mourdock will face off in the November general election against Rep. Joe Donnelly, the three-term Democratic congressman who represents Indiana's second district, which includes South Bend and other areas of the north-central part of the state.

Rubio enjoyed his own strong support from tea party groups and other fiscal conservative organizations in his 2010 Senate victory. The freshman senator is thought to one of many possible candidates presumptive GOP presidential nominee Mitt Romney is considering as a running mate.

The Rubio fundraiser was first reported by the Courier-Journal newspaper, which covers southern Indiana and Louisville, Kentucky.