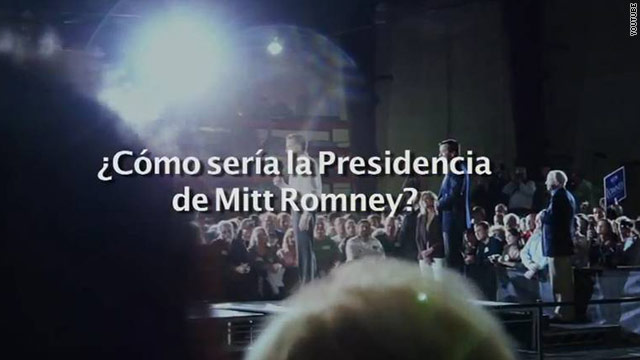 (CNN) – Mitt Romney will address a gathering of Latino small business owners next week, furthering his bid to attract voters in a bloc that will prove essential to winning the White House in November.

Romney will speak at the Latino Coalition's Annual Economic Summit in Washington, the group said Friday. Romney's campaign also confirmed the likely GOP nominee would appear at the event.

"Governor Romney's record as a successful business leader, CEO of the organizing committee for the Winter Olympics held in Salt Lake City, and elected official is replete with cases where he served as an effective advocate for American small businesses," Hector Barreto, The Latino Coalition's chairman, said in a statement. "During his time in government, he proved himself to be a strong advocate for eliminating the red tape that can strangle businesses, a quality that is all the more critical today."

Earlier Friday, Romney's campaign released a Spanish-language version of their first general election ad, which highlights measures Romney would take on his first day as president.

In the Republican presidential primary, Romney came under fire for promoting a plan of "self deportation" for illegal immigrants, a policy that involves making economic conditions so difficult for undocumented workers that they choose to leave the country to find better opportunities.

CNN's Jim Acosta and Gabriella Schwarz contributed to this report.