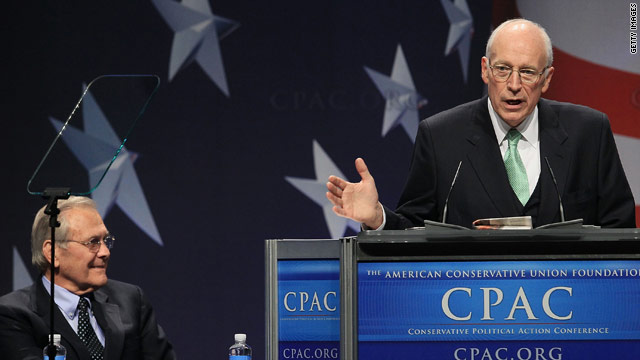 Cheney to fund-raise for Romney

The event is scheduled for July 12 at Cheney's home in Jackson Hole, Wyoming.

Romney's campaign has largely kept its distance from the George W. Bush administration, though last year the candidate mentioned Cheney had ideal qualities for a running mate pick.

Cheney has mostly stayed out of politics this cycle and underwent a heart transplant in March.

Last month, however, the former vice president offered some advice for Romney in his running mate search and emphasized the importance of the decision.

"I think the single most important criteria has to be the capacity to be president," Cheney said in remarks to students at the Washington Center. "That's why you pick them. I think lots of times in the past that has not been the foremost criteria."

News of the fundraising event also came a week after Bush made an impromptu endorsement of Romney while answering a reporter's question as he stepped onto an elevator.

While Romney's campaign said they "welcomed" the endorsement, the presumptive GOP nominee rarely uses the 43rd president's name on stage, typically using the term "predecessor" instead.