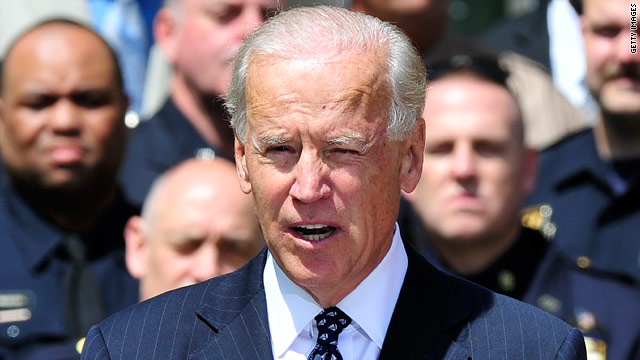 (CNN) - While his boss has seen his favorability ratings fluctuate during their first three years in office, Joe Biden's favorability as vice president had, until Wednesday, outpaced his unfavorability.

Those scales tipped - though slightly – in a poll released Tuesday, which showed 45% had favorable views of his tenure while 42% disagreed, although the three-point difference is well within the survey's sampling error.

Between October 2009 and March 2011, the Gallup poll showed relatively small changes in his favorability ratings, with the difference between his favorable and unfavorable numbers never more than five percentage points. His rating was highest just after the 2008 election, when 59% of Americans expressed a favorable opinion of him.

In the recent poll, Biden's level of support among Democrats, at 73%, nearly mirrored Republican's unfavorable view of him. The poll showed independents split with a ten-point margin against him, 47% unfavorable to 37% favorable.

The survey was conducted days after Biden announced his support for same-sex marriage and as his visibility increased with repeated appearances on the campaign trail.

The Gallup telephone poll included 1,012 adults and was conducted between May 10 and 13.