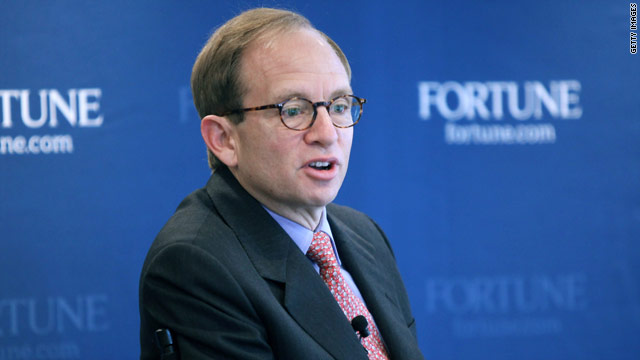 "Adding jobs was never Mitt Romney's private sector agenda, and it's appropriate to question his ability to do so," Rattner wrote in the New York Times.

Earlier this week, President Barack Obama chided Romney for using his former experience heading Bain Capital, a private equity firm, as a major sticking point for his candidacy. While the financial industry is a legitimate part of the free market, Obama said, maximizing profits is not the only skill set needed for the Oval Office.

In the op-ed Wednesday, Rattner said the president "struck the right balance" in his remarks and went further in the criticism, particularly zeroing in on Romney's argument that he helped create thousands of jobs at Bain.

A former private equity investor himself, Rattner said he found it misleading for Romney to try and use Bain as a way to boost his job creating credentials, saying new or lost jobs are simply a byproduct of private equity firms, not the sole purpose of their work.

"Whatever its flaws, private equity has made a material contribution to sharpening management," Rattner wrote. "But don't confuse a leveraged buyout with job creation."

On the campaign trail, Romney has pointed to Bain success stories, including Sports Authority, Staples and Domino's, and highlighted the thousands of jobs created during their growth.

But Rattner said Romney becomes hypocritical when he avoids taking responsibility for jobs that were lost.

"Although Bain Capital sold off those early investments years ago, Mr. Romney takes credit for every job ever created at every company Bain Capital invested in during his tenure – while ignoring jobs eliminated after his departure," Rattner wrote.

Rattner, who left his Obama administration post as an auto adviser, in 2009, quickly found himself in the middle of the debate last week when he said in a television interview that an Obama ad attacking Bain was "unfair" and added he didn't think there was "anything Bain Capital did that they need to be embarrassed about."

Romney's campaign seized on the remark and used it in recent ads, a move, Rattner wrote in the op-ed, which made him feel "uncomfortable."

His main point, he said, was that Romney's job creation claims for political gain were fair to attack, not Bain's actions as a "leading firm" in the industry.

During the course of the campaign, Romney has repeatedly responded to questions about Bain. On Monday, he said in a statement that Obama was attacking the "free enterprise system."

"President Obama refuses to accept moral responsibility for his failed policies. My campaign is offering a positive agenda to help America get back to work," he said.

Bain Capital has also weighed into the swirling debate, releasing a statement on Monday blasting Obama's recent ads and defending the firm's successes.