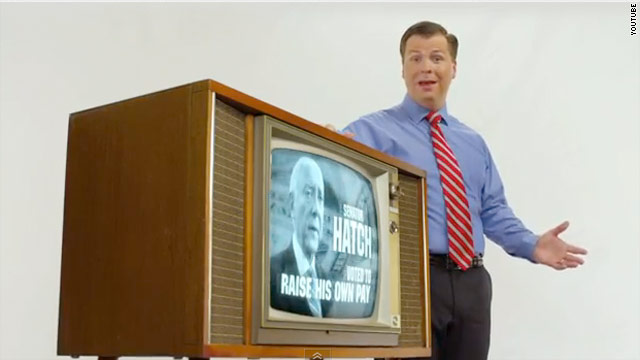 Liljenquist goes up with new ad against Hatch

While former state Sen. Dan Liljenquist has been railing against Hatch in recent weeks for declining to take part in a televised debate, Liljenquist held back from raising the issue again in his latest commercial.

"Sen. Hatch has repeatedly voted to raise his own pay. He's voted for bailouts," Liljenquist says in the 30-second spot, titled "Record."

He then goes on to make the case that if elected senator, he would "balance the budget, cut wasteful spending and eliminate pensions in Congress."

Liljenquist, an underdog attempting to take down a six-term senator, has stepped up his attack line on Hatch in recent weeks, urging the incumbent to agree to a televised debate. He released his first ad earlier this week and devoted the entire spot to trumpeting his debate challenge.

While Hatch has consented to a radio debate in June before the primary, he has cited scheduling issues as a reason for declining a TV showdown and points to two previous debates he took part in earlier this cycle.

But several newspapers in the state, as well as Liljenquist's campaign, have attempted to pressure Hatch into changing his mind.

"As Senator Hatch continues to hide from televised debates, it is clear we are going to have to debate his record for him," Liljenquist said in a statement promoting the ad.

But Hatch's campaign labels the debate push as a campaign gimmick and suggests the senator won't change his mind on the issue.

"Voters are concerned with the economy and the fiscal future or our country, not trivial campaign rhetoric," Hatch's communications director, Evelyn Call, said in a statement this week.

Hatch's campaign scored big points Tuesday when it landed a highly-coveted endorsement from Sarah Palin, who claimed Hatch was part of the "one percent" of national incumbents she thinks deserve re-election.

The nod came as a big swipe against Liljenquist, a candidate with strong tea party backing in the state.

Liljenquist's new ad will run statewide in rotation with his first ad until the June 26 primary, according to his campaign.