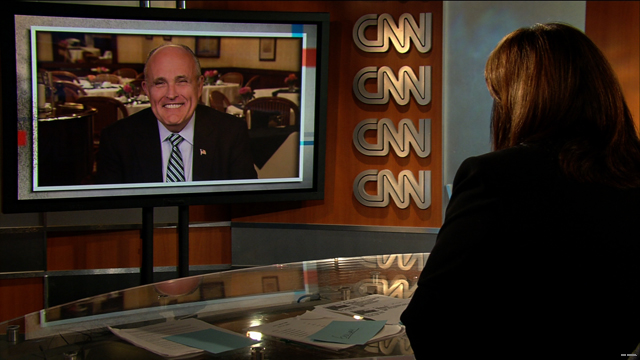 "Well, I mean, there's a certain amount of personal ego in that. At that point I was probably comparing his record to my record," Giuliani said on CNN’s "State of the Union." "That’s all part of campaigning."

While running for the 2008 GOP presidential nomination, Giuliani targeted his then-rival over his record on spending, taxes and health care during his tenure as Massachusetts governor.

Although Giuliani said Romney is now the “perfect choice” given the U.S. economy, he also explained his previous jabs.

Giuliani publicly endorsed Romney in April after some less than flattering remarks directed at the frontrunner earlier in the primary cycle, in particular over his perceived failure at personally connecting with voters.

Although that was Romney’s “problem during the primary,” Giuliani said he’s “doing a much better job at it.”

"Gov. Romney, now that people see who he is, I think they're going to find a very intelligent, very engaged, very committed man who's the perfect choice for a period of time in which we have to revive the economy," Giuliani told CNN Chief Political Correspondent Candy Crowley. "Couldn't think of better credentials to deal with the economy, so maybe the personal part won't become as important."

Ultimately, the outcome of the November election will depend on the economy, Giuliani said.

“If the economy doesn’t improve between now and September or October, I don’t think President Obama will be re-elected,” Giuliani said. “If he gets an economy that starts improving, then it could be anybody’s ball game.”