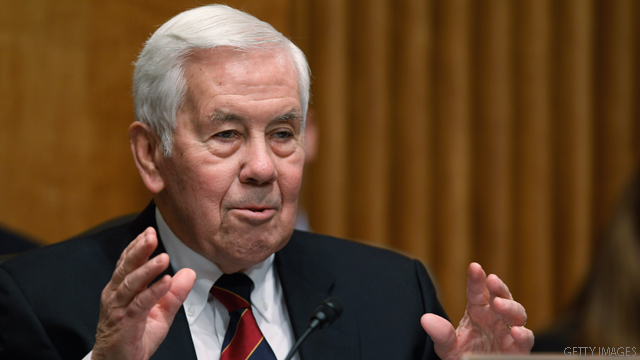 Washington (CNN) – After a bruising primary fight, defeated six-term incumbent Sen. Dick Lugar has no plans to campaign on behalf of his former rival.

But the Indiana senator on Sunday said he has offered advice about how to be a “constructive senator” to Richard Mourdock, the Republican nominee.

“I hope that he will in fact begin to adopt some of those ideas, but for the time being I don’t plan an active campaign,” Lugar said on CBS’ “Face the Nation.”

He declined to say if he would vote for the two-term state treasurer while he offered his lukewarm support.

“I hope that Republicans in Indiana will support him because I support my leader Mitch McConnell in getting a Republican majority,” Lugar said.

Although he failed to win his primary in early May, the senior senator pushed back against the suggestion his loss held a larger message for Republicans. He instead blamed outside conservative groups like FreedomWorks and Club for Growth that backed Mourdock early in the election. He particularly faulted the barrage of negative ads against him with bringing down his previously high approval ratings among Hoosier voters.

“(The groups) had no other playground. Indiana was it because this was a place where there was an incumbent Republican senator,” Lugar said. “Not many of us running this time as a matter of fact, so they were able to come in early on.”

Mourdock attacked Lugar’s work across the aisle throughout the election while vowing to remain true to his conservative principles at the expense of bipartisanship, something of which Lugar is an ardent supporter.

"A large part of the Republican Party of Indiana believed, apparently, in the idea of individualism as opposed to community, a sense of no compromise as opposed to talking across the aisle," he said.

Lugar, a foreign policy expert, was also plagued by criticism he was no longer in touch with his constituents, an argument aided by his decision to reside primarily at his home in McLean, Virginia, outside Washington.

On Sunday, Lugar said he understood the criticism that he was not as present at local events but maintained his “priorities were right.”

"We've been very much involved in Indiana throughout this period of time with all sorts of programs, but this was just not a year in which that was necessarily appreciated," Lugar said.