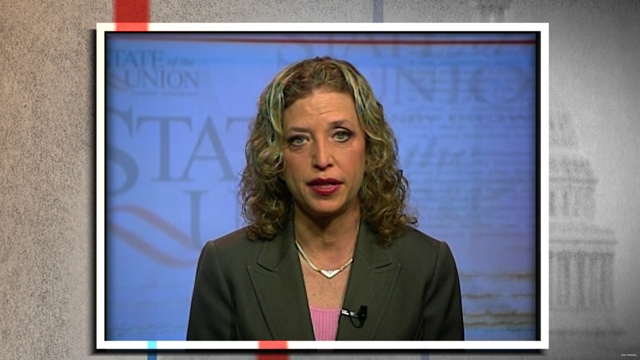 “It’s given the Obama for America operation an opportunity to do the dry run we need of our massive, significant dynamic grassroots presidential campaign,” the Florida representative said of the battleground state on CNN’s “State of the Union.”

Wasserman Schultz, who is scheduled to campaign with Milwaukee Mayor Tom Barrett on Tuesday, said he has a “real opportunity” to oust incumbent Republican Gov. Scott Walker in the June 5 election. But she was quick to add it will also test the Obama re-election campaign and the grassroots operation in the state.

Recent polling shows Walker with an edge over his Democratic rival heading into the recall election, the culmination of a two-year fight following the passage of a law that moved to curtail the collective bargaining rights of most Wisconsin state employees.

Republicans insisted the bill was necessary to close the budget shortfall and control the skyrocketing costs of public employee benefits, while Democrats argued it was an attempt to gut public-sector labor unions, one of their core constituencies.

National groups have spent significant dollars on ads in the Badger State, which has hosted high profile state visits, particularly in support of Walker.