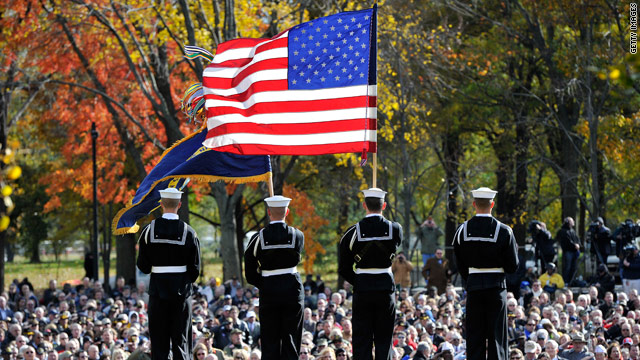 Meanwhile, President Barack Obama visits the Arlington National Cemetery at 11 a.m. ET, followed by a ceremony at the Vietnam Veterans Memorial on the National Mall.

CNN: Wisconsin recall's a 'test run,' DNC chair says
Democratic National Committee Chairwoman Debbie Wasserman Schultz on Sunday classified Democratic efforts in the Wisconsin recall election as a “test run” for the presidential race. “It’s given the Obama for America operation an opportunity to do the dry run we need of our massive, significant dynamic grassroots presidential campaign,” the Florida representative said of the battleground state on CNN’s “State of the Union.”

CNN: Panetta defends Afghan strategy following Romney jabs
Defense Secretary Leon Panetta on Sunday labeled Mitt Romney’s attacks on the withdrawal strategy in Afghanistan “campaign rhetoric” and defended the 2014 drawdown date. “I think you know without getting into the campaign rhetoric of what he’s asserting, I think you’ve got 50 nations in NATO that agree to a plan in Afghanistan,” Panetta said on ABC’s “This Week.” “It's the Lisbon agreement, an agreement that, you know, others, President Bush, President Obama, everyone has agreed is the direction that we go in in Afghanistan."