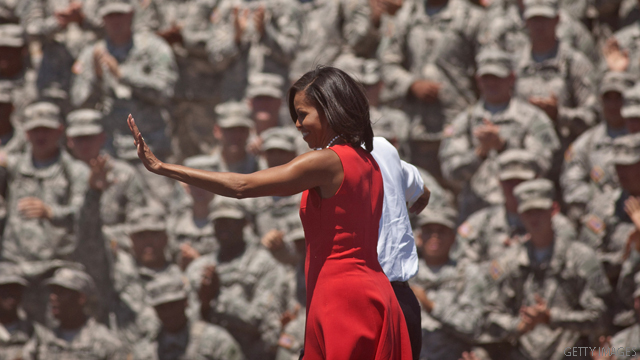 (CNN) – The wife of the last Democratic president served as a U.S. senator after leaving the White House and is now the most powerful woman in the country. The wife of the current president, however, says she has other plans.

Asked on "The View" Tuesday if she would ever seek office herself, first lady Michelle Obama said she had no interest in politics.

"Absolutely not," Obama said when asked if she would ever run for political office.

The first lady continued, "I am not interested in politics, never have been. One of the things you learn after 48 years of life, you know what your passions and your gifts are."

Michelle Obama, while not her husband's most visible campaign surrogate, frequently hits the trail to advocate for the president in his bid for re-election. She made swings through Arizona, Iowa and Nebraska at the end of April and the beginning of May.

On "The View" Tuesday, the first lady said she was interested in other kinds of public service, just not the kind that requires politics and elections.