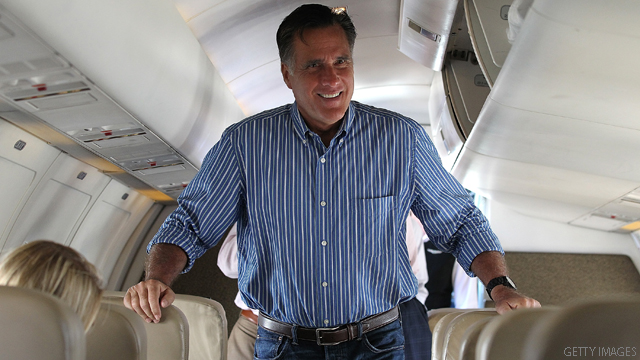 (CNN) - Mitt Romney, who is poised to officially clinch the GOP presidential nomination Tuesday, heads to Colorado and Nevada Tuesday, where he will make a campaign stop at a furniture store before heading to a private fund-raiser. Joining him at the later event will be Donald Trump and former presidential candidate Newt Gingrich.