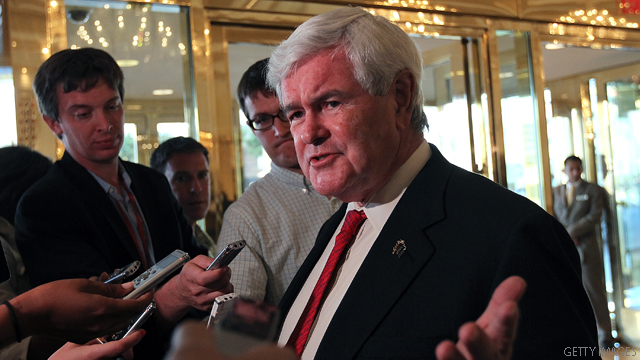 Gingrich down on super PACs despite his own

(CNN) – Former presidential candidate Newt Gingrich on Thursday lamented the use of super PACs in modern campaigning, predicting a "mess" they will create in the fall campaign.

The former House speaker reiterated his call for a reformed fundraising process in which individuals could make a donation of any amount from their personal income after taxes "as long as they report it online that night."

The one-time White House hopeful was pummeled by the super PAC supportive of Mitt Romney's candidacy during his bid, attacks he blamed for losses in key nominating states like Florida.

Winning Our Future, the super PAC that backed Gingrich, spent millions on behalf of his effort, particularly aided by more than $20 million in contributions from casino mogul Sheldon Adelson and his family.

Spots from Winning Our Future painted Gingrich as the only "proven, conservative leader" in the race for the GOP nomination, before he suspended his campaign in early May and subsequently endorsed Romney.

While super PACs often work on behalf of candidates, they are not legally allowed to coordinate directly with candidates or their campaigns.