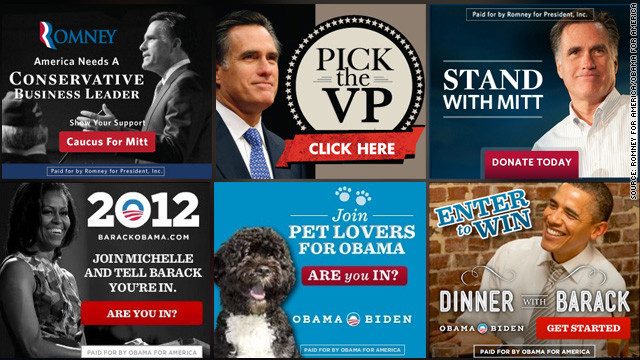 (CNN) - President Barack Obama's re-election campaign is spending record amounts of money for online advertising and more than twice as much as his Republican rival, a CNN analysis of campaign finance data shows.

In the first few months of 2012, Obama's campaign bought nearly $16.4 million worth of online ads after spending almost $2.2 million last year - even though he didn't face a Democratic challenger. That means he is on pace to spend a record amount on digital ads, according to ad spending experts.