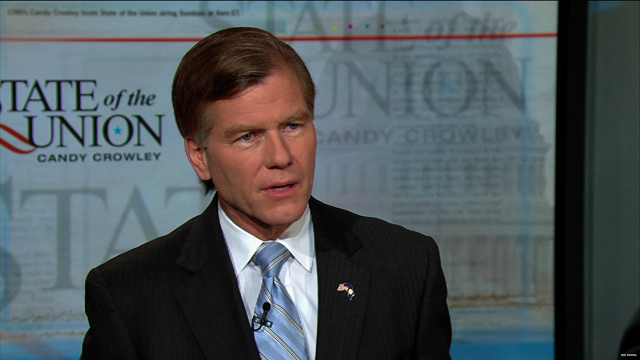 The Romney backer said stimulus programs supported by the president helped his state in the short-term with health care, education and balancing the budget but would not help cut the unemployment rate long-term.

The national policies had “some impact,” McDonnell said on CNN’s “State of the Union,” but “think of how much better we’d do if we had President Romney.”

McDonnell credited economic development and targeted tax cuts supported by both political parties in the presidential battleground state for the rate, but predicted the figure would be lower without energy policies bolstered by the president.

“If we hadn’t had all these attacks on Virginia’s energy industry, we’d be in a lot better shape,” McDonnell told CNN Chief Political Correspondent Candy Crowley. “We’d be lower on the unemployment rate if we didn’t have these policies.”

McDonnell, who is often mentioned as a potential vice presidential pick for Romney, slightly dodged a question about whether Team Romney asked for papers from the former Virginia attorney general to enable a vetting process.

“They’ve asked for my schedule to see where I can help him next, and it’s going to be in Virginia. That’s it,” McDonnell said. “I’ll leave that up to Mitt Romney, but I’m going to help him win Virginia.”