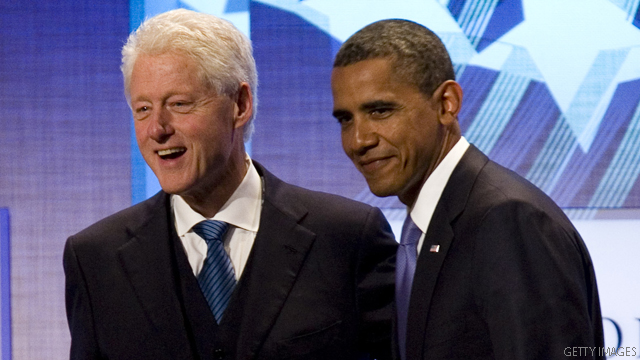 Obama is scheduled to travel to New York for several campaign events hosted by former President Bill Clinton. They will attend a fundraiser at a private residence, a gala at the Waldorf Astoria Hotel and a "Broadway for Barack" concert at the Amsterdam Theater.

Romney will attend fundraising events in Portland, Oregon and Seattle, Washington. Although he will not hold any public events, Team Romney will continue to criticize job creation under Obama, according to the campaign. They will hold conference calls throughout the day in 11 battleground states: Pennsylvania, Ohio, North Carolina, Colorado, Florida, Michigan, Nevada, Iowa, New Hampshire, Virginia and New Mexico.