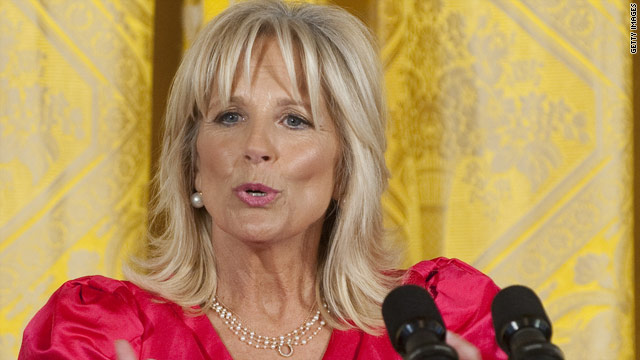 (CNN) - The wife of Vice President Joe Biden on Tuesday did not shoot down the idea of her husband running for president in 2016.

"I don't know whether this is his last campaign," Jill Biden said on NBC's "Today."

Saying the vice president was focused on his current re-election bid with President Barack Obama, Jill Biden stressed she takes "one campaign at a time."

Asked, however, if she would support her husband of nearly 35 years in a third presidential run, Jill Biden said she always supported him in his White House aspirations.

"Joe would make a great president. I always felt–last time when he ran, I supported him," she said.

While Biden would be 73 in four years, the vice president stirred speculation in October when he left the door open to a 2016 campaign.

"I'll make up my mind on that later," Biden said in an interview on CNN's "State of the Union." "I'm in one of the, probably the best shape I've been in in my life … I'm doing pretty well. I'm enjoying what I'm doing, and as long as I do, I'm going to continue to do it."

Jill Biden on Tuesday also chimed in on the vice president's off-the-cuff demeanor, which sometimes lands him in the headlines, much to the chagrin of the White House.

His most recent major slip-up–a comment supporting same-sex marriage–ultimately snowballed into a big story and forced the president to move up the announcement of his own support for marriage equality. The White House said Biden soon apologized for the snafu.

Asked about the incident Tuesday, Jill Biden said her husband remained on good terms with the president.

"You know, Joe and Barack, you know they've worked this out. They're great, it's fine. Joe speaks from the heart and that's what he did," she said. "That's what I love about him. I know a lot of people aren't used to that with politicians and maybe that's what surprises them."