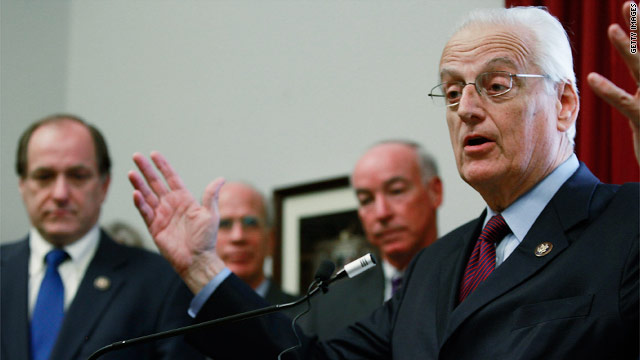 "Congratulations to Congressman Bill Pascrell and his team, wish them the best. Time to unite as Dems and reelect President Obama," Rothman tweeted.

The race, however, was largely known for turning into a battle of campaign surrogates: former President Bill Clinton endorsed Pascrell, while President Barack Obama showed tacit support for Rothman.

Rothman and Pascrell are both eight-term congressmen who won re-election in 2010 with more than 60% of the vote. The two men were angling for the same northern New Jersey seat this year after redrawn congressional lines placed Rothman's hometown into a conservative district. Instead of challenging Republican Rep. Scott Garrett, Rothman moved to Englewood, where he once served as mayor, to run against Pascrell.

Obama, whom Rothman backed in 2008, met with the candidate at the White House on Friday. Photos showed the two politicians walking along the White House colonnade, though their meeting was private.

In a press release, Rothman's campaign said Obama "affirmed his support" for the candidate at the get-together, characterizing the move as a show of appreciation for Rothman's backing in 2008.

"President Obama asked me to come to the Oval Office today so that everyone will know that he supports me and wants me to help him with his agenda in his second term, as I have in his first," Rothman wrote in a statement.

But Josh Earnest, the White House deputy press secretary, was careful Friday not to label the meeting as a show of endorsement.

Earnest noted the president had not weighed in on Democratic primary contests between two incumbent members of Congress.

Pascrell, a Hillary Clinton supporter in 2008, appeared alongside Bill Clinton at a campaign rally in Paterson on Friday. Clinton told supporters he was offering his endorsement because of his success working with Pascrell in the past, including during his time as president.

Both Pascrell and Rothman were elected in 1996, the same year Clinton was elected to a second term in the White House. The two men have similar, reasonably left-of-center voting records in Congress - in the campaign, Rothman has attempted to paint himself as the more progressive candidate, while Pascrell stumps as a pragmatic moderate.