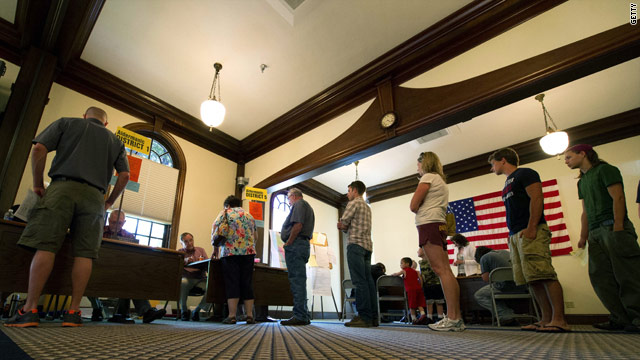 (CNN) – Republicans scored big in Wisconsin Tuesday when Gov. Scott Walker fended off a recall vote, but Democrats appeared to eke out a victory in the state senate, where local news organizations reported Democrats taking control after winning their own recall attempts.

"It is clear that we won the 21 district," Lehman told cheering supporters.

Meanwhile, Lehman's challenger, Van Wanggaard, refused to concede. His spokesman told the Milwaukee Journal Sentinel the campaign would wait for results to be examined before making any decision.

"We owe it to all of Senator Wanggaard's supporters and the voters of Wisconsin to thoroughly examine the election and its results and act accordingly once we have all of the information," Justin Phillips told the newspaper.

The Wisconsin legislature will be out of session until after the general election in November, when 16 of the body's 33 seats will be up for grabs, meaning any new Democratic majority would be fleeting.