New York (CNNMoney) - Mitt Romney promised members of the nation's small business lobby on Wednesday that, if elected, he would shut down health care reform, reduce taxes and tackle regulations.

The presumptive Republican presidential nominee said small business has not thrived as it could have since the recession because of President Obama's policies, which he called "collectively anti-business, anti-investment, and anti-jobs." 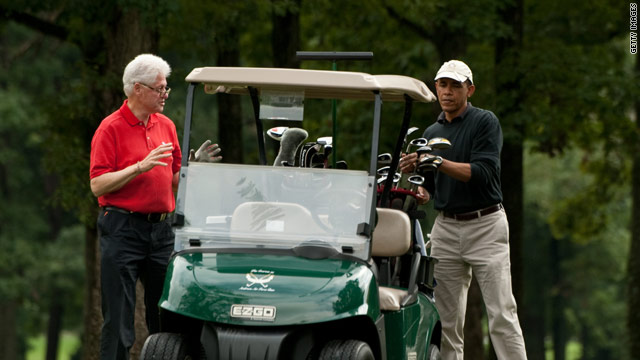 BEHIND THE CURTAIN IN OBAMA’S CABINET… ‘Team of Mascots’ by Vanity Fair’s Todd S. Purdum: “Four years ago, Barack Obama said he wanted a Lincoln-esque “team of rivals” in his Cabinet. Thanks to his own temperament, the modern White House, and the 24-hour news cycle, what the president has created is something that doesn’t look Lincoln-esque at all.”

The gist of Purdum’s piece: President Obama is an introvert who, with only a few exceptions, has surrounded himself with loyalists. “They range from the very competent (Janet Napolitano at Homeland Security) to the perennially controversial (Eric Holder at Justice) to the underwhelmingly anonymous (could anyone but a union leader pick Labor Secretary Hilda Solis out of a lineup?). In the main, Obama relates to his Cabinet the way he relates to the rest of the world. ‘He’s a total introvert,’ the former adviser told me. ‘He doesn’t need people.’”

END_OF_DOCUMENT_TOKEN_TO_BE_REPLACED

Wisconsin hasn't voted for a Republican on a presidential level since 1984.
END_OF_DOCUMENT_TOKEN_TO_BE_REPLACED

(CNN) - You'd hardly know it was the same election.

Republicans on Wednesday sought to portray Wisconsin Gov. Scott Walker's victory in Tuesday's recall election as a sign of their party's strength, arguing political trends and their field operation could tilt the state their way for the first time in a presidential election in nearly three decades.
END_OF_DOCUMENT_TOKEN_TO_BE_REPLACED 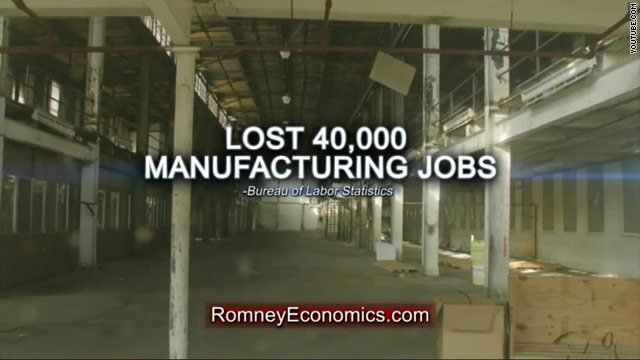 Washington (CNN) - President Barack Obama's re-election campaign is spending more than $12 million on its ad hitting Mitt Romney's record as governor of Massachusetts, according to a Republican ad buying source.

The one minute commercial, which started airing Tuesday in 10 battleground states, criticizes Romney for having "one of the worst economic records in the country."
END_OF_DOCUMENT_TOKEN_TO_BE_REPLACED

Washington (CNN) - Congressional Republicans Wednesday seized on comments from former President Bill Clinton – who suggested a day earlier he could support a short term extension of all the so-called "Bush" tax rates set to expire at the end of the year.

GOP leaders said they wanted a minimum one year extension of all of the current tax cuts, and cited Clinton's remarks in order to put pressure on Democrats who favor just continuing the tax breaks for the middle class. Republicans argued that no changes should be made to tax rates at a time when the economy is still fragile.
END_OF_DOCUMENT_TOKEN_TO_BE_REPLACED

"He's one of the Republican governors who has been out on the point on this issue about whether there are excesses in public employee unions in terms of their pension plans or health care plans and so forth," noted CNN senior political analyst David Gergen, calling the topic a "very, very hot issue" across the country.

Sen. Joe Lieberman of Connecticut is retiring, and a poll shows Democrat Rep. Chris Murphy and Republican Linda McMahon are the leading candidates to replace him.
June 6th, 2012
12:57 PM ET

(CNN) – A new poll in the race to fill the Connecticut U.S. Senate seat being vacated by independent Sen. Joe Lieberman shows the party frontrunners increasing their leads since the last survey in March.

Democrat Rep. Chris Murphy has grown his lead from 12 points to 30 over Susan Bysiewicz, the Quinnipiac University poll found, while Republican Linda McMahon is now ahead of former Rep. Chris Shays by 29 points. She had a nine point advantage over Shays in the previous Quinnipiac survey, released March 22.
END_OF_DOCUMENT_TOKEN_TO_BE_REPLACED 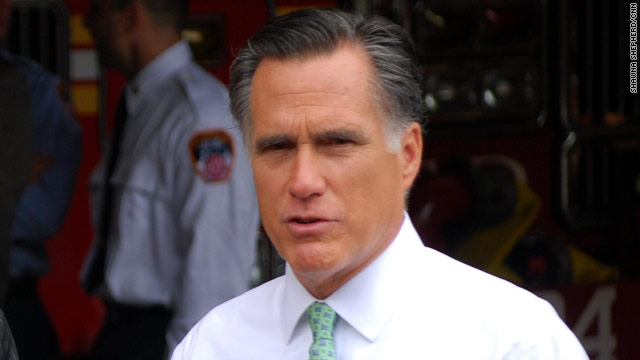 (CNN) - The United States Secret Service confirmed Wednesday it was investigating the reported hacking of Mitt Romney's email account, the day after Romney's campaign said authorities were looking into the matter.

Romney's presidential campaign on Tuesday acknowledged an investigation into the hacking of an old email account which has was identified as belonging to the former governor by documents published by The Wall Street Journal.
END_OF_DOCUMENT_TOKEN_TO_BE_REPLACED