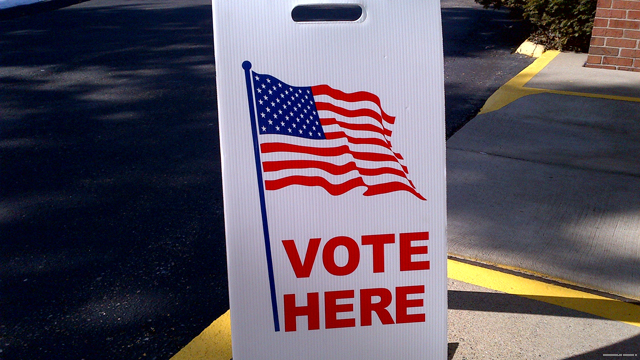 The survey from EPIC-MRA showed Romney with the backing of 46% of likely Michigan voters, compared to 45% who back Obama. The one-point margin was well within the poll's sampling error. The last EPIC poll, taken in April, showed the president leading his Republican rival 47%-43%.

Romney, whose father served as the governor of Michigan and later was an auto executive in Detroit, won the state's GOP primary in February, taking more than 40% of the vote. In 2008, Obama beat Sen. John McCain the state, 57%-41%.

Thursday's poll showed Obama edging Romney in terms of favorability, with 46% saying they have a favorable view of the president. Forty-one percent said they viewed Romney favorably.

Obama's approval remains low in Michigan, with 41% of Michiganders saying they approve of the job he's doing as president. That's below his national average, which the daily Gallup tracking poll shows at 45%.

The EPIC-MRA poll was taken by telephone from 600 likely voters between June 2-5. The sampling error was plus or minus 4 percentage points.