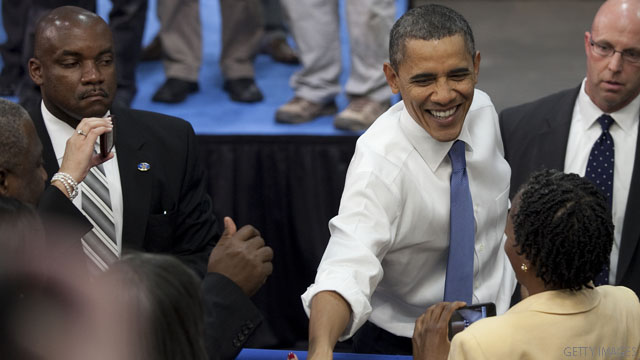 "The campaign raised more than $60 million across committees in May. Thanks to everyone who chipped in," Obama wrote, noting more than 572,000 people donated to the re-election team and 147,000 were donating for the first time.

In April, Obama's team brought in $43 million, and in March raised $53 million. The money is divided between the re-election campaign, the Democratic National Committee and affiliated Democratic state parties.

On Thursday, the Obama team also indicated that nearly all of their donations in May – 98% - were less than $250, and the average contribution totaled $54.94. The donation total also includes an estimated $15 million raised in May at a dinner hosted by actor George Clooney at his home in Los Angeles.

Obama spent Wednesday raising money in California, and will attend another fund-raiser Thursday.

Obama's team did not indicate how much cash they had in the bank Thursday. The campaign ended April with $115 million cash on hand.