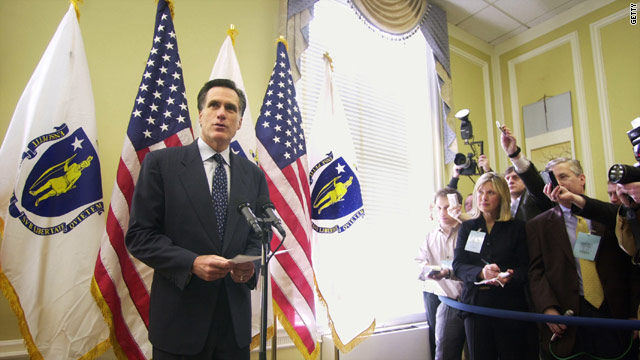 Boston (CNN) - It is one of Mitt Romney's favorite selling points. Romney often points out as governor of Massachusetts, he worked with a mostly Democratic legislature to tackle his state's problems.

"It did not take a rocket scientist to figure out if I was going to do anything as governor, I had to have a working relationship with the Democrats," Romney said at a campaign event last year in Nashua, New Hampshire.