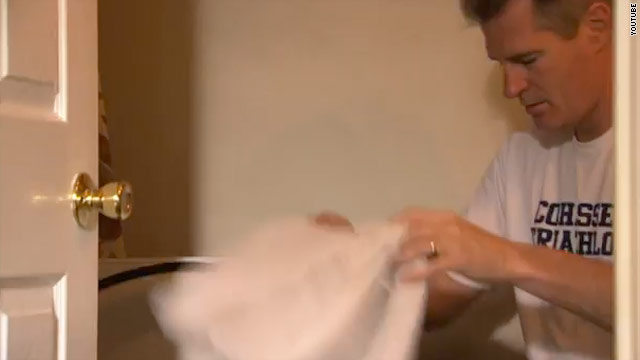 Dead heat in Mass. Senate race as ads crank up

(CNN) – The contenders for U.S. Senate in Massachusetts both released new television ads Monday, with Republican Sen. Scott Brown placing the focus on his family background and Democratic challenger Elizabeth Warren highlighting economic problems that she worked to solve as a consumer advocate.

The new ads come after nearly a month in which the Massachusetts race was consumed with the question of Warren's ethnic background. After Boston newspapers reported Warren was listed as Native American in law school directories in the 1990s, Brown's campaign questioned her intentions and pushed her to disclose more information.

After facing questions for weeks, Warren, a professor at Harvard University who is on leave while running for office, acknowledged to the Boston Globe in early June that she identified herself to Harvard and the University of Pennsylvania as Native American but said it did not influence their hiring decisions.

Monday's ads make no reference to the month-long controversy, focusing back on each candidate's background. Brown released two spots, both featuring his wife extolling her husband as a family man.

Gail Huff, a television reporter in Boston, said Brown was a cheerleader for her as she embarked on a stressful career.

"I don't know how many husbands would want their wives getting up at 1:30 in the morning to go to work," Huff says. "Scott did all the morning routine: get the girls up, get them fed, get them dressed, get them off to school. He did everything with the kids, and he was the one that was always there during the day."

Video shows Brown in a t-shirt doing work around the house: making scrambled eggs, washing and folding laundry, and doing paperwork at the dining room table.

A second spot focuses on Brown's support for his wife and daughters. Huff says: "He's always been very, very sure about the women in his life to have their own lives. He is by far the most understanding of women probably of any man I know."

Warren's ad takes viewers back to her roots as a consumer advocate, making the case that average American workers are getting short-changed by the government.

"You work your heart out to buy a house, then watch its value disappear," Warren says in the spot. "You save to put your kids through school, then the debt just about crushes you. Families are getting hammered and Washington's got it all wrong."

Warren continues, making the point that subsidies are in place for large oil companies, but student loans and Medicare are continually on the chopping block.

"We're supposed to help our kids and honor our parents," Warren says.

The most recent poll in Massachusetts showed Warren and Brown in a statistical dead heat, with 39% of likely voters backing Brown and 37% supporting Warren. The survey was taken between May 25 and May 31.