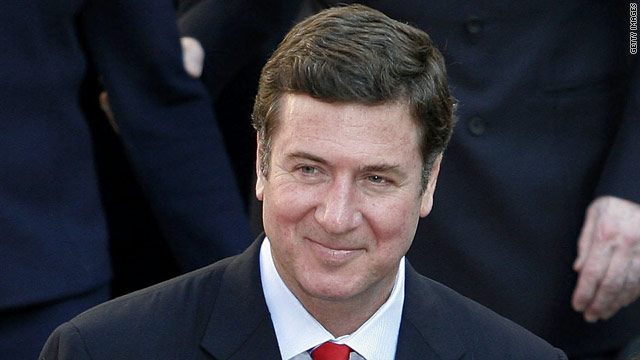 Allen's victory marked a final hurdle in his bid to run against Democrat Tim Kaine in one of the nation's most closely-watched Senate races.
END_OF_DOCUMENT_TOKEN_TO_BE_REPLACED

(CNN) - Sen. John McCain on Tuesday accused Democrats of "hypocrisy" for opposing the appointment of a special counsel to investigate recent national security leaks, saying they supported such independent investigations in the past when Republicans were in the White House.

McCain's comments came on the same day he pushed for a Senate vote calling for a special counsel but was blocked by Democrats. He spoke to reporters after being told Senate Intelligence Committee Chairwoman Dianne Feinstein, D-California, preferred the investigation be carried out by two U.S. attorneys appointed by Attorney General Eric Holder.

(CNN) – Former presidential candidate Rick Santorum stood by his tepid endorsement of former rival Mitt Romney on Tuesday, saying he supported the presumptive GOP nominee but would still try to hold his "feet to the fire."

"Well, I trust him more than Barack Obama," Santorum said on CNN's "John King, USA," when asked if he trusted Romney.
END_OF_DOCUMENT_TOKEN_TO_BE_REPLACED

Welcome to the 'Out of Context' campaign

Washington (CNN) - The latest ad from President Barack Obama's re-election campaign accuses Mitt Romney of being "number one in state debt" during his time as governor of Massachusetts.

"Eighteen billion dollars in debt. More debt per person than any other state in the country," the spot states.
END_OF_DOCUMENT_TOKEN_TO_BE_REPLACED 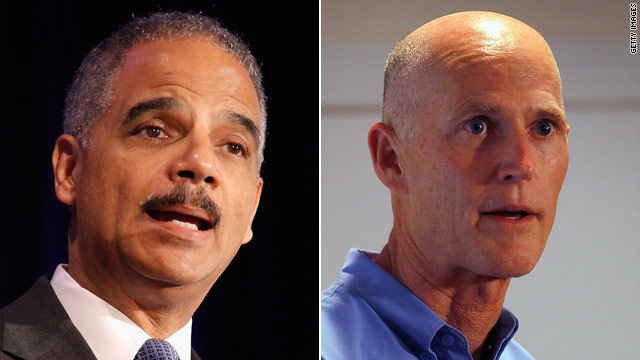 (CNN) - The Department of Justice filed a lawsuit Tuesday that seeks to stop the state of Florida from purging voters from registration rolls.

All in the family: Bush 41 disagrees with Jeb

"I know what he's getting at, but I don't think it would be difficult," Bush said, while answering a reporter's question on Tuesday in Kennebunkport, Maine.
END_OF_DOCUMENT_TOKEN_TO_BE_REPLACED

(CNN) – President Barack Obama delivered harsh lines against his Republican rival on Tuesday, saying while he was impressed with Mitt Romney's corporate career, the presumptive GOP nominee had "drawn the wrong lessons from these experiences."

"When I hear governor Romney say his 25 years in the private sector gives him a special understanding of how the economy works, my question is why are you running with the same bad ideas that brought our economy to the brink of disaster?" Obama said at a campaign fund-raiser in Baltimore.
END_OF_DOCUMENT_TOKEN_TO_BE_REPLACED

DEVELOPING… VOTING UNDERWAY FOR GABBY GIFFORDS’ SEAT: Former U.S. Rep. Gabrielle Giffords, her husband, Mark Kelly, and candidate Ron Barber voted in Arizona's special election together hours ago. WATCH. Barber, a former Giffords’ aide who was shot in the head during last year's mass shooting that killed six and injured 13 others, including Giffords, is seeking to fill the remainder of Gifford’s term. Barber faces Republican opponent Jesse Kelly, a former Marine and Iraq war veteran who challenged Giffords in 2010 but came up 4,000 votes short. Arizona’s 8th Congressional District, which encompasses Tucson and parts of Southeast Arizona, leans Republican but is not considered a bellwether because of the conditions that led to this truly special election. Polls close at 10 p.m. ET.

END_OF_DOCUMENT_TOKEN_TO_BE_REPLACED 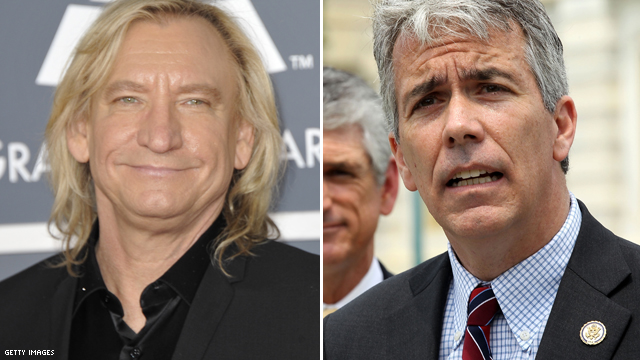 And who is Duckworth's opponent? Joe Walsh.
END_OF_DOCUMENT_TOKEN_TO_BE_REPLACED

Romney to campaign with Boehner

(CNN) - House Speaker John Boehner met with Mitt Romney in Atlanta on Monday, and will campaign with the Republican presidential candidate this Sunday in Troy, Ohio, sources told CNN.

The hour-long session was the first face-to-face meeting of the two since Boehner endorsed Romney in April.
END_OF_DOCUMENT_TOKEN_TO_BE_REPLACED