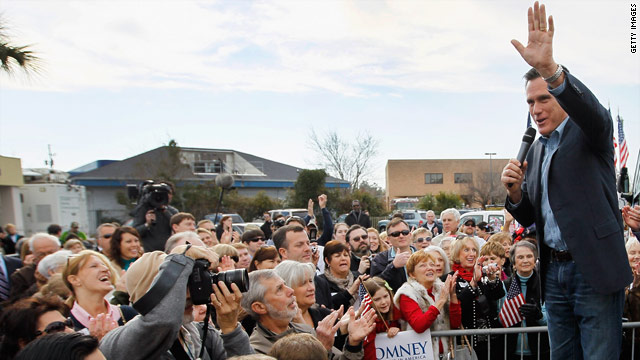 "When Mitt Romney was governor, Massachusetts was number one. Number one in state debt. $18 billion in debt. More debt per person than any other state in the country. At the same time Massachusetts fell to 47th in job creation. One of the worst economic records in the country," says the narrator in the spot. "First in debt, 47th in job creation. That's Romney economics. It didn't work then. It won't work now."

The "47th in job creation" statistic has been cited frequently by the Obama campaign and was used in their first ad to criticize Romney's record as governor of Massachusetts. That spot was released eight days ago. Romney, the presumptive GOP presidential nominee, was elected governor of Massachusetts in 2002 and served one term. He decided against running for re-election in 2006 and instead made an unsuccessful bid for the 2008 GOP presidential nomination.

The Romney campaign disputes the figure, and says that the state ranked 30th out of 50 when the governor left office. Responding to the Obama spot, the Romney camp said Obama's policies have led to "soaring national debt and the first credit downgrade in history."

"President Obama will do anything to distract from his abysmal economic record and – despite that record – the fact that he thinks the private sector is 'doing fine,'" Romney spokeswoman Andrea Saul said in a statement. "Mitt Romney knows our country can do better and, under his leadership, it will do better."