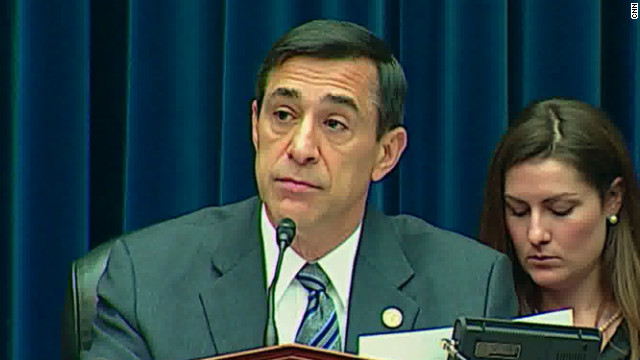 Washington (CNN) - A week before his committee is scheduled to hold a vote on a resolution holding Attorney General Eric Holder in contempt of Congress, House Oversight Committee Chairman Darrell Issa told the Department of Justice Wednesday it still has a chance to produce materials about the failed "Fast and Furious" gun-running operation and avoid a public vote.

Holder held out an olive branch in his testimony before a Senate committee on Tuesday, volunteering to compromise on the House committee's request for documents the DOJ has so far declined to hand over because it does not want to release details on its internal discussions. Holder also offered to meet with House Speaker John Boehner, R-Ohio, Issa, R-California, or others to find a way to avoid what he called a "constitutional crisis."