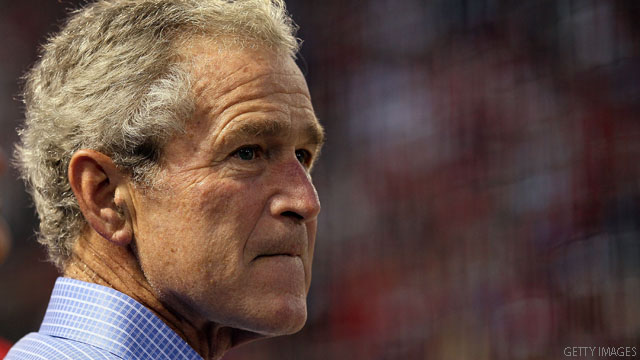 (CNN) – He left office more than three years ago, but former President George W. Bush is still the target of most Americans' blame for the current state of the economy, according to a survey released Thursday.

The poll from Gallup asked Americans who was to blame for the economic problems currently facing the United States. Sixty-eight percent said Bush deserved either a great deal or a moderate amount of blame, compared to 31% who said the former president deserved not much or no blame at all.
END_OF_DOCUMENT_TOKEN_TO_BE_REPLACED

Washington (CNN) - Six Republican senators are recommending Brett McGurk's name be withdrawn from consideration for the Iraq ambassador post a week after racy emails emerged suggesting he allegedly had an affair with a reporter.

"Recent information has surfaced to call into question the prudence of moving forward with the nominee at this time," said the letter to President Barack Obama signed by six GOP members of the Senate Foreign Relations Committee. 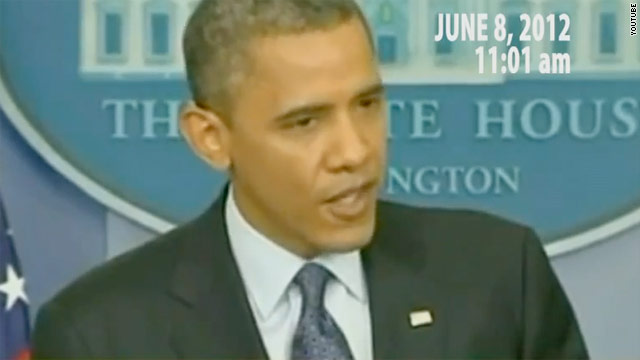 Romney campaign uses Obama's line against him in attack ad

Washington (CNN) – Those fives words won’t seem to go away.

Hoping to continue capitalizing politically on what many consider a gaffe by President Barack Obama, Mitt Romney’s presidential campaign Thursday released a new television ad hitting the president on his comment, made last Friday, that "the private sector’s doing fine."
END_OF_DOCUMENT_TOKEN_TO_BE_REPLACED

(CNN) – President Barack Obama and Mitt Romney hold dueling campaign events in the battleground state of Ohio on Thursday. Later in the day, Obama heads to New York City for fund-raisers and a stop at the World Trade Center site.

See their full schedules after the jump.
END_OF_DOCUMENT_TOKEN_TO_BE_REPLACED

CNN: Obama, Romney campaigns in rare agreement: Text them money!
Could the national conventions become more than just political rallies? That's what one political expert predicts with the Federal Elections Commission ruling that will allow people to text donations to the campaign of their choice. "You now have the ability to turn the political conventions to a texting telethon," said Mark Armour, president of Armour Media, a political advertising firm that advocated for the change with the FEC.

CNN: Romney details 'First 100 Days,' says Obama's 'words are cheap'
Having already aired advertisements describing what he'd do on "Day 1" in the White House, Mitt Romney explained on Wednesday what he'd do over another 99 days. The presumptive Republican presidential nominee also used his address to business chiefs to prebut President Barack Obama's economic speech in Ohio on Thursday. Romney will campaign in Ohio the same day.