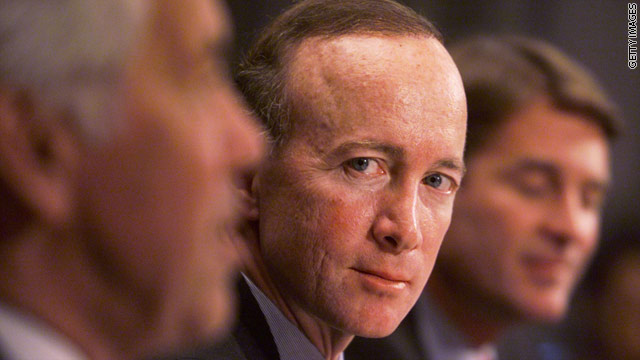 They voted unanimously on a motion to elect the two-term governor the 12th president of the 143-year-old institution, whose sports teams are nicknamed the "Boilermakers," after a year-long search.

Michael Berghoff, the Purdue trustee who chaired the presidential search committee, said Daniels met with the committee three different times, answered a long list of questions and shared his vision for the institution.

Daniels, the former budget director under former President George W. Bush, considered running for the Republican presidential nomination earlier in the election cycle, but ultimately decided against a bid. He has repeatedly beat back questions over whether he would serve in the No. 2 spot on the GOP ticket.

Although he plans to stay in his current role as governor through the end of his term in January, he will refrain from political activities, Daniels said in a statement Thursday.

"Effective immediately, I will recuse myself from any partisan political activities or commentary," he said.

"I will come to this assignment filled with appreciation for the Purdue we know and excitement for the still greater Purdue that can be. Helping this great institution achieve even higher levels of research and intellectual excellence, by recruiting the finest minds and students anywhere in the world, and delivering to those students an exceptional, affordable education, is the highest calling to which anyone who loves this state as I do could aspire," he concluded.