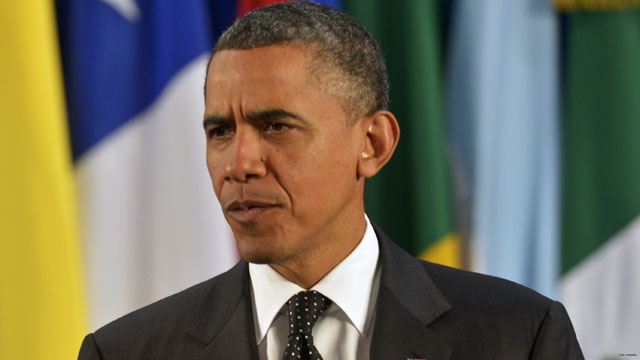 Poll: New evidence that it's a close contest in Florida

According to a Quinnipiac University survey, 46% of registered voters in the Sunshine State say if the presidential election were held today, they’d vote for Obama, with 42% saying they'd back Romney, the former Massachusetts governor and presumptive GOP nominee. The president's four-point advantage is just within the poll's sampling error.

The survey's Thursday morning release comes just a few hours before Romney is in Florida, to address the annual meeting of the National Association of Latino Elected and Appointed Officials, a gathering that's being called the "Latino Political Convention." The president is scheduled to address the NALEO gathering Friday afternoon.

The new numbers are a shift from last month, when a Quinnipiac University poll indicated Romney with a 47%-41% lead in Florida. A shift in independent voters from Romney to Obama appears to be a contributing factor to swing in the overall numbers toward the president. Romney held a 44%-36% advantage among independents in the May survey. Now Obama holds a 46%-37% lead among independents.

According to the poll, Romney has a four-point margin over Obama on which man would do a better job on the economy. Florida voters are split on which candidate would create more jobs, and the president has a five-point advantage on doing more "to advance the economic interests of middle class Americans."

"At this point, Romney is not well-defined in the minds of many voters, especially those in the middle. This movement reflects that uncertainty among voters who are up for grabs," adds Brown.

An NBC/Marist poll released in late May indicated the president with a 48%-44% margin over Romney in Florida.

Then-Sen. Barack Obama won the state by three points over Sen. John McCain in the 2008 presidential election. The state is classified as a "toss up" on CNN's Electoral Map in 2012. There are 29 electoral votes at stake in Florida.

The Quinnipiac University poll was conducted between June 12 and June 18, with 1,697 registered voters in Florida questioned by telephone. The survey's sampling error is plus or minus 2.4 percentage points.