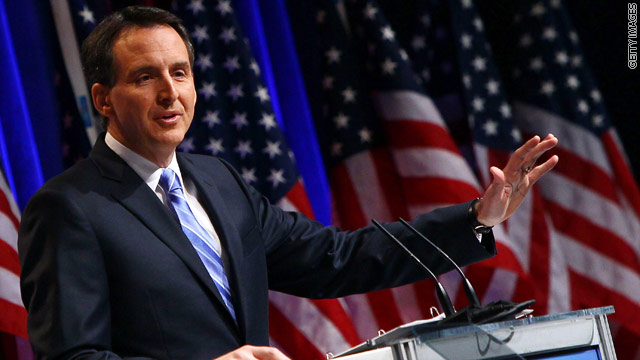 “I indicated that I think I can best serve Gov. Romney in other ways, in particular as a volunteer and surrogate speaker in places where he can't go,” the former Minnesota governor said on CBS’ “Face the Nation.” "I've encouraged people who've asked this question to, in the campaign, to look at other prospects.”

After an unsuccessful run for the GOP nomination earlier in the election cycle, Pawlenty has become one of Mitt Romney’s most vocal supporters. Often considered an option on a list of potential Romney running mates, Pawlenty on Sunday once again seemed open, if only slightly, to an offer.

“Obviously anybody who would be asked to serve in a position like that would be honored to be asked,” he said.

Pawlenty was one of the supporters who attended a Romney donor retreat in Park City, Utah, on Saturday. He described the weekend event as a “good thing for the campaign” and a chance for backers to receive a campaign update and briefings.

“When you're running for president of the United States, you need a team of friends and families, supporters, donors. And as the campaign unfolds, those people need to be informed and motivated and encouraged in their work,” Pawlenty said.